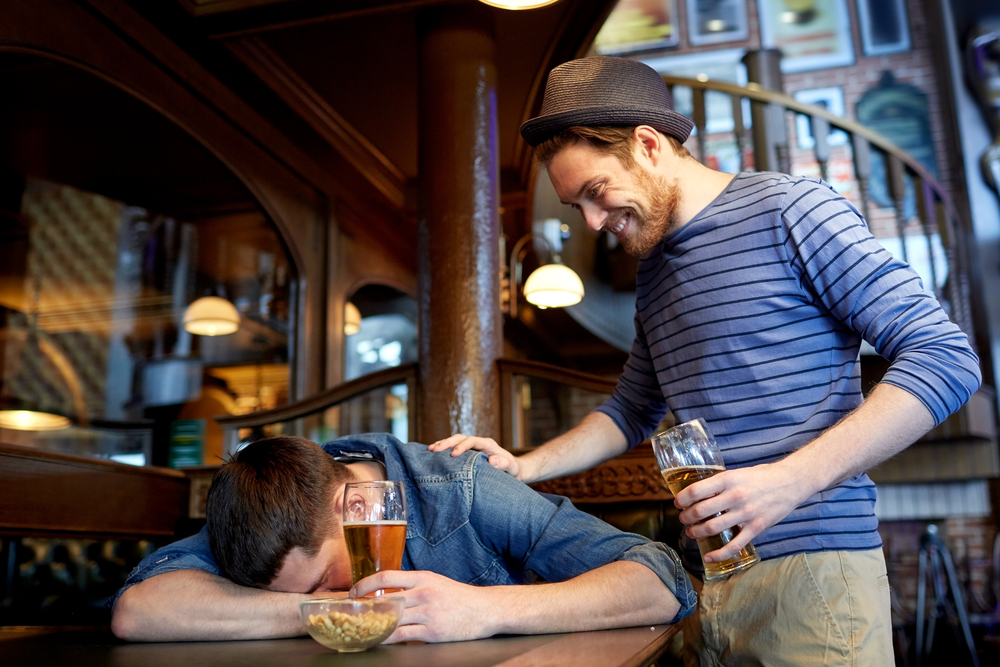 WITH binge-drinking now back to pre—pandemic levels, many people are finding the alcohol-imbibing prowess they once possessed has abandoned them, and they’re now relying on outside help to ascertain just how fucked up they were at that work do last night.

If you’re new to blacking out or if you just need a refresher, here’s the levels of drunkenness that are recognised by the Irish Society Of Hard Sessioners:

‘You weren’t that bad’ basically means you got home under your own power. Nobody visited A&E and you barely insulted anyone. You’re grand. Pint at the weekend?

Should your pals tell you that you were ‘well on it’, you may need to check your messages to see who you contacted during the session, and about what. You should also check your bank balance too. Maybe sit down before doing that.

It takes a lot for an Irish person to tell their friend that they have a drinking problem, so we usually just don’t. Instead we tell them they had a good sup in them last night. As in, ‘you had too much in you, but it’s not our place to say’.

If ‘it was mental’, then it was bad. A bad scene. Fights, puke, possible legal ramifications. But instead of saying ‘it was frightening’ or something like that, Ireland uses ‘mental’ instead. Mental could be good. ‘Ahhhhhh it was mental’ might be good craic.

This is the worst level of drunkenness one can attain. If your friends say you were out of it, then you must have been seriously out of it. But relax, they were probably out of it too. Be grand. Pints at the weekend? It’s Tuesday? Okay, Tuesday pints it is.