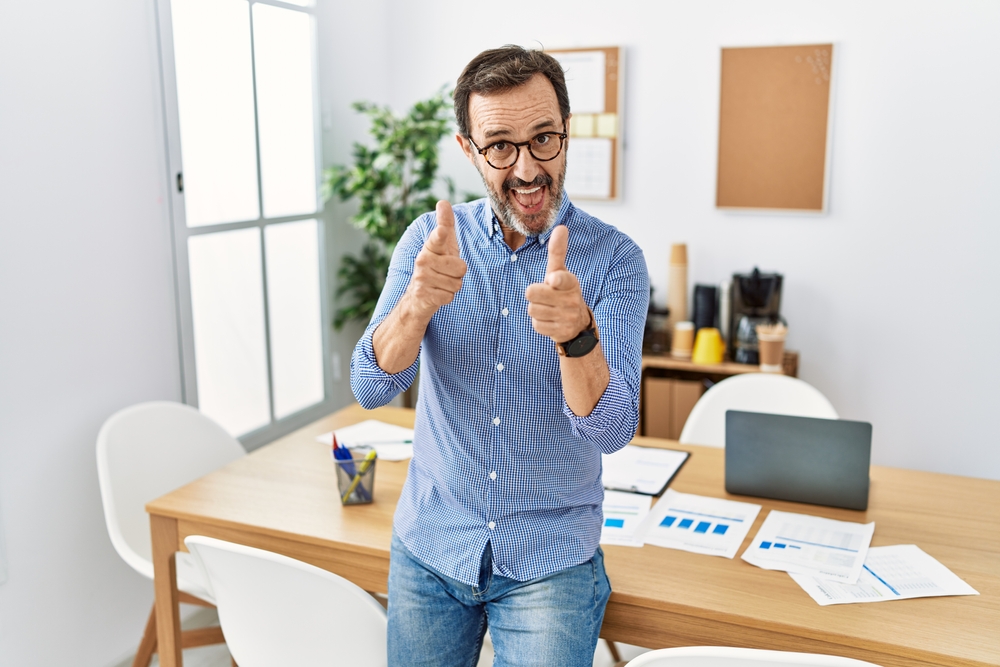 AS up to 10,000 ‘hot desk’ slots open up for remote working across the country today, work-from-home dad of two Michael Conlon is brushing up on all the hilarity and merriment that saw him receive ‘Office Joker Of the Year’ awards at his last two work Christmas parties, before he was promptly made redundant.

“They said it was due to a slowdown in business, and I’m taking them at their word. It couldn’t have been because I kept using the same five jokes and one-liners over and over again,” laughed Conlon, who now operates as a freelancer but misses the craic of the office.

“So I’m looking forward to these new remote working hubs, just being in the company of people again. Sidling over to them and asking if they’re hard at work or hardly working, making ‘strangle faces’ if the boss asks me to do something, things like that. The classics, you know. The kind of thing nobody ever gets sick of”.

When not working at one of the 242 hubs dotted around the country, 47-year-old Conlon admitted that he does get quite lonesome working by himself at home, and opened up about how the kids ‘just don’t seem to get him’.

“They’re just zero craic when it comes to office banter, and the dog is a dour shite too,” sighed Michael, before jumping on a quick Zoom with a potential client. “I’ve a new Zoom background I want to try, it’s gas. You might think people got sick of funny Zoom backgrounds in April of 2020, but not me! I’m just hoping for a return to office life where I can bring ‘funny Zoom background’ energy to my co-workers. You don’t happen to know of any jobs going, do you?”.