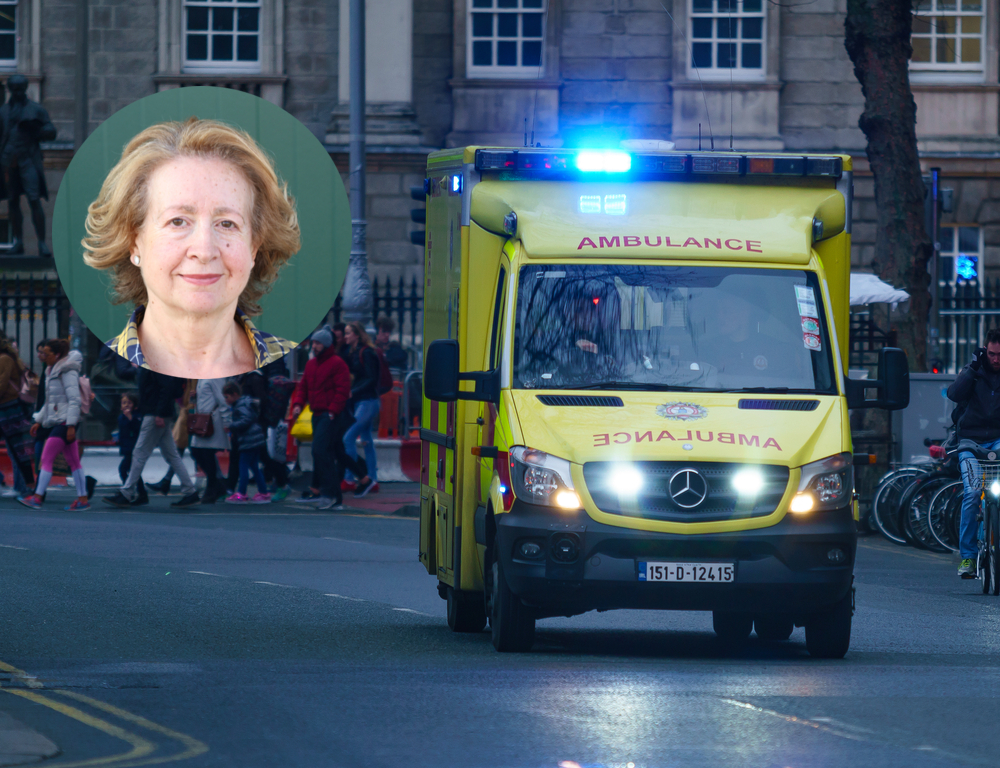 DISPATCHED in response to a call about an unresponsive woman in her 60s, ambulance personnel on the scene a month later can confirm there’s nothing they can do for the woman being mentioned by the local priest as ‘kind woman who is missed by her family and the wider community’ as part of a month’s mind mass.

“Sorry, but she’s gone. Maybe we’ll get you to sit down here, John is it? You poor thing. Is there anyone you can call? This must be quite the shock for you,” paramedic racing on the scene Eoin Neil said to the deceased woman’s husband.

The ambulance’s timely arrival comes as ambulance service representatives call for their numbers to be doubled amid burnout among members.

“She’s definitely gone, there’s only so much you can do for someone when they’ve been buried in a graveyard weeks ago, sorry,” added paramedic Neil, who is set to spend the rest of his shift on a death trap of an ambulance, which should have been replaced a decade ago.

Feeling the effects of operating the only free ambulance within a 50 mile radius while on an 18 hour shift, Neil warned those intended on having a life threatening emergency to maybe not as chances are Ireland’s ambulance service won’t be around.

Details of an essential service running on fumes with bare bones staff will come as a shock to absolutely no one, except for the very HSE officials who have been repeatedly appealed to in a bid to improve things.

“Rest assured acknowledging there’s a problem is the first step to silencing and pushing out any whistleblowers that come out of the woodwork,” confirmed a HSE spokesperson.