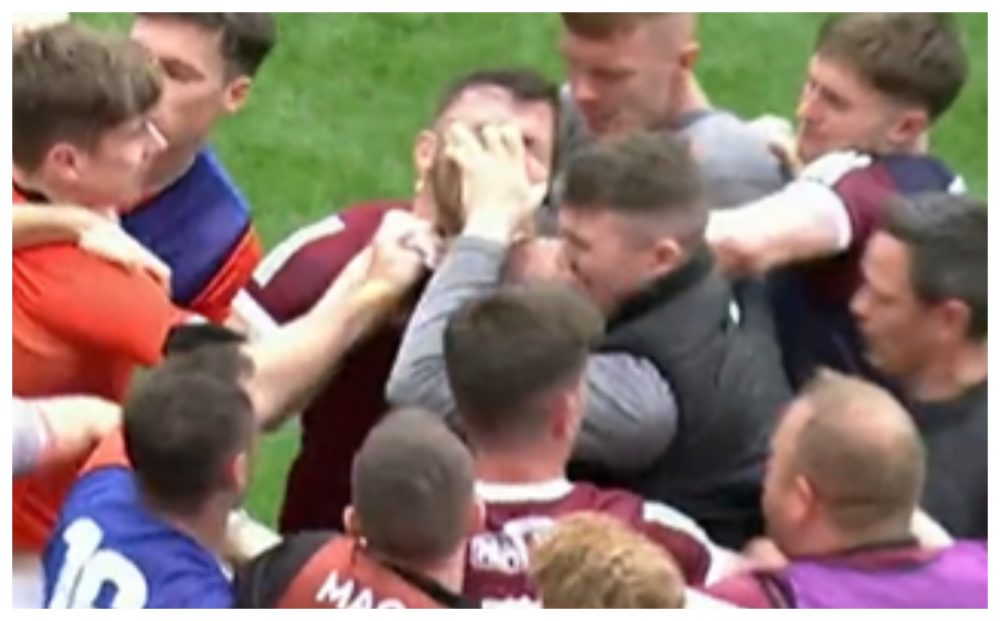 AN ARMAGH player has been praised for taking sportsmanship to a new level following a generous and thoughtful intervention during yesterday’s All-Ireland semi final clash between Armagh and Galway.

While other players were overcome with a feverous competitive will to fight resulting in a large schmozzle on the pitch at the end of normal time, one member of the extended Armagh panel who hadn’t even togged out noticed something horrific and potentially life threatening.

“I was acting on pure instinct, but I think calling me a hero is a bit much,” said the player involved, who insisted on staying anonymous such was his humble nature.

“We at the GAA just want to say this man is a hero – to see an opposition player lose a contact lens and quickly act to put it back on his eye. It must have been terrifying for Damien Comer to have blurry vision for those moments before this brave soul aggressively jammed the contact lens back onto his eye. That’s the fairness and upstanding behaviour we should be known for,” one GAA official said.

The official also backed referee David Coldrick’s decision to send off Galway’s Seán Kelly for failing to come to the aid of his teammate.

“Your teammate lost his contact, we’d back the ref if he wanted to send the whole Galway team off. It’s unforgivable not to be there for your teammate in his hour of need.”

Sadly, the heroic moment of unparalleled courage wasn’t enough to fully take the attention away from Mayo bottling it yet again in their semi-final against Kerry.