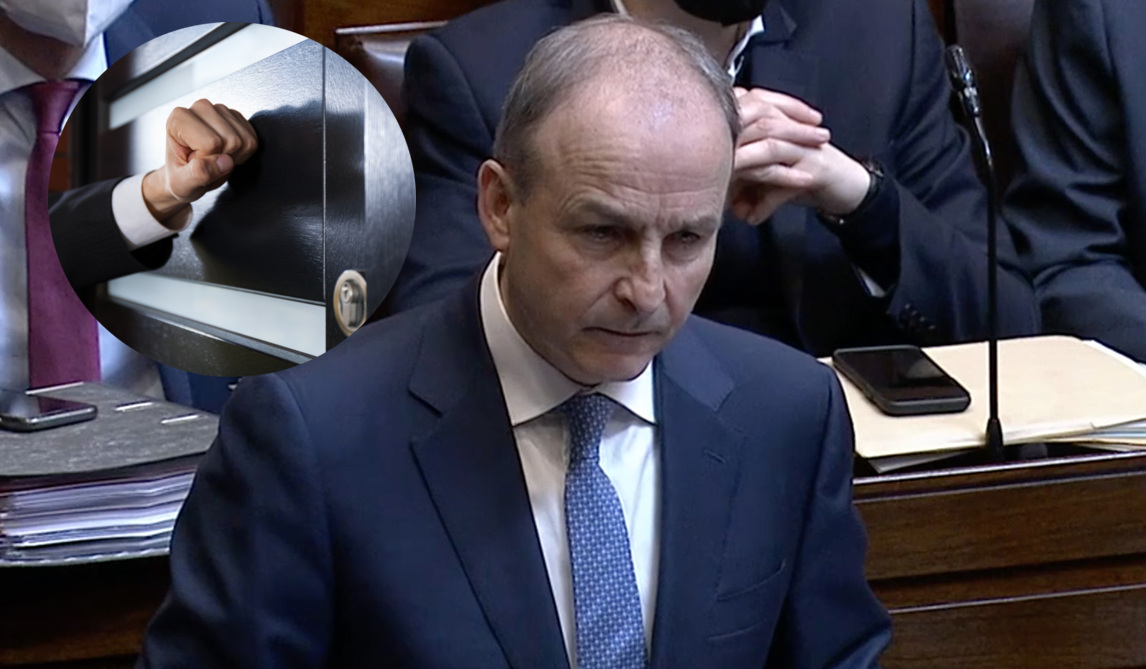 OPPOSITION TDs in the Dáil have labeled the coalition government ‘spineless’ after it cynically voted down yet another motion tabled by rival parties, on this occasion voting against sending a stern message to the Russian embassy by doing a knick-knack.

“Cowardice and hypocrisy is what it is,” went the incredulous reaction from Sinn Féin leader Mary Lou McDonald after the motion was voted down.

“Think of the impact such action would have, it’s a clear message. Not to mention the tears brought on by the ridicule the ambassador would feel when he heard 160 TDs sniggering behind a nearby bush. This crisis requires a cross party unilateral action”.

The government’s failure to amp up the pressure on Russian ambassador Yury Filatov comes as Sweden and Finland formally begin the process of joining NATO.

“It’s not enough to agree to whatever the EU is implementing sanction wise, we must consider the impact ringing the doorbell and doing a runner would have on Russia,” weighed in Labour leader Ivana Bacik.

As a neutral nation Ireland has fewer options available to it when it comes to taking action against Russia but the knick-knack would be such as step up in action it would be the Irish equivalent of flattening Moscow.

Elsewhere during the contentious debate Richard Boyd Barrett formally denied egging the Israeli embassy, and a further motion of setting off a stink bomb inside the Russian ambassador was voted down after technical experts confirmed such a thing would be ‘impossible’ to carry out.

“What if we nominated him for the ice bucket challenge? He’d look ridiculous doing something like that in 2022,” offered Taoiseach Micheál Martin, trying to reach a compromise.