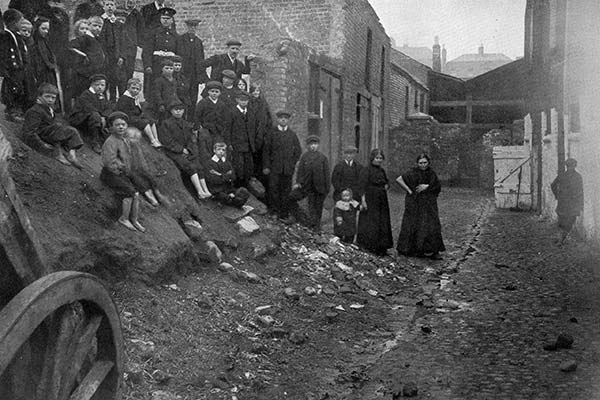 CONFUSION has broken out at a project tasked with collecting memories of Dublin tenement lifestyles from those who experienced them firsthand after a number of submissions seem to relate to life in the city at this very minute instead.

“You see here, we have a handwritten note talking about living 9 to a room, barely enough food, ruthless landlords who make their lives a living hell, so that would all tally with the tenement buildings of yesteryear. But then on the next paragraph, they say ‘at least the Luas is close'” said one member  of Feelin’ Tenemental, the group who are collating stories from inner city Dubliners.

“So we seem to have had our mailbags mixed up with some genuine complaints to the council, and it’s taking us ages to sift through. Every time we get a letter that complains of mould, rats, illness or absentee landlords, we’re certain that it’s over a hundred years old. Then nope, not the case”.

Pressing on, Feelin’ Tenemental are confident they’ll be able to collate a document that really shows what life in the Dublin tenements was like, for anyone who doesn’t live in Dublin right now.

“And of course, we’ll be able to see how politicians – ashamed of the conditions these people were living in – made it their business to do right by the citizens of Dublin and strive to make life a bit more bearable with an extensive programme of social housing,” said our source, before pointing out that they were talking about back then, not now.