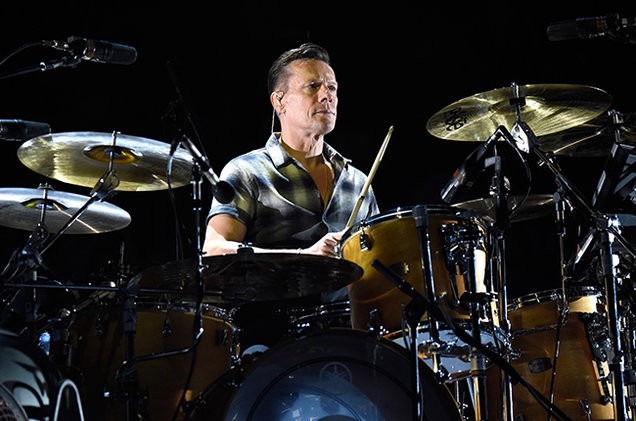 U2 DRUMMER Larry Mullen broke down yesterday in an interview where he outlined just what it has been like to sit in the shadow of frontman Bono’s arse since the band’s inception in 1976.

“The lads are blinded by the spotlights. I’m shadowed by Bono’s arse,” said Mullen, speaking during a rare Bono-less interview where he was able to get a word in edgeways.

“We’ve played in cities around the world for nearly five decades, but my view has never changed. Well, I say that, but that’s not strictly true. Sometimes he’s in leather trousers, sometimes it’s skinny jeans. But other than that, it’s the same two cheeks whether we’re in New York or Rome”.

Known in musical circles as the ‘drummer’s curse’, the constant view of their  bandmates arses has caused rifts in groups from the Red Hot Chilli Peppers to the Spice Girls, but Mullen stated that these days he simply channels his frustrations into his drumming.

“I’ve asked Bono many times to move just a little to the left, and he’s refused. So I said okay, and now I just picture myself drumming on his hole,” Mullen admitted.

“Just battering the shite out of that thing. That’s how I’ve maintained my trademark style, and for that I am thankful to Bono”.

Mullen went on to add that he was also thankful to Bono for taking most of the heat when it comes to the band’s loosey-goosey approach to tax compliance.