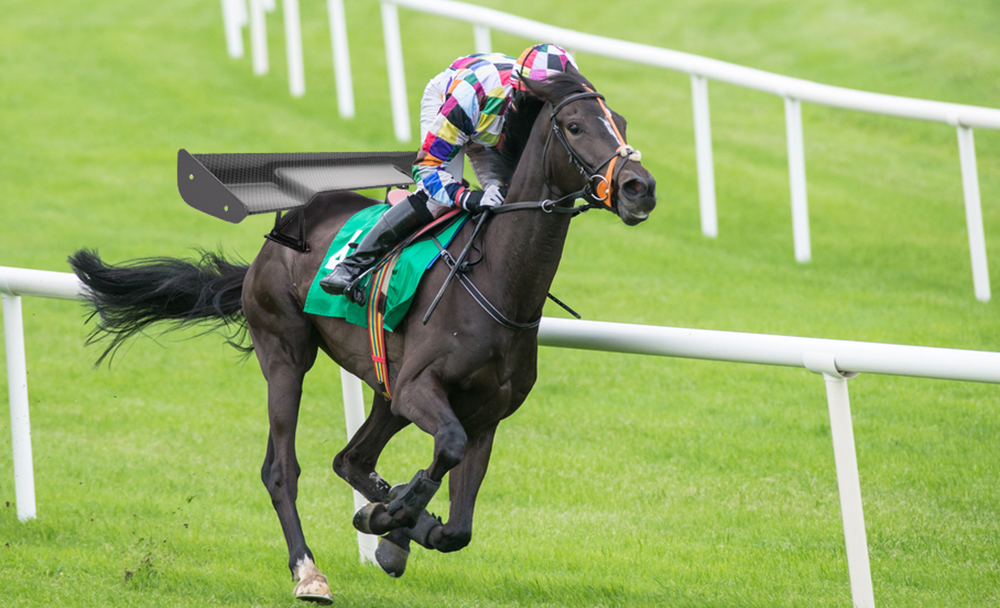 IN A bid to increase performance using downforce, racehorses will soon have to be fitted with carbon fibre horse spoilers, Horse Racing Ireland has confirmed today following their annual general meeting.

Spoilers will be riveted into the animal’s hind quarters allowing for the air to force down the horse’s backside and maintaining better grip on the racecourse, with further attachments like alloy horse shoes and carbon monoxide boosters that build up the animals flatulence which can then be released mid-race by the jockey to increase propulsion.

“Much like Formula One motor racing, we strive to get the very best out of the animal with attachments,” a horse racing Ireland statement read today, “an average of seven thousand Irish racehorses are destroyed by trainers and stud farms every year due to them not being able to run fast enough, so this will give those destined for the boat a fighting chance at not ending up on some Italian or French person’s dinner menu”.

“Our main goal here is to make as much money as humanly possible from these creatures by making them run as fast as they possibly can before disposing them like a grubby facemask,” Mr. Bulmers said, welcoming the new add-on, “we’d replace their hooves with wheels if we could, but sure look it, we have to adhere to this animal welfare bollocks”.

In light of the news, several alcohol and gambling brands have already struck advertising deals where their brand will appear on the new horse spoilers.