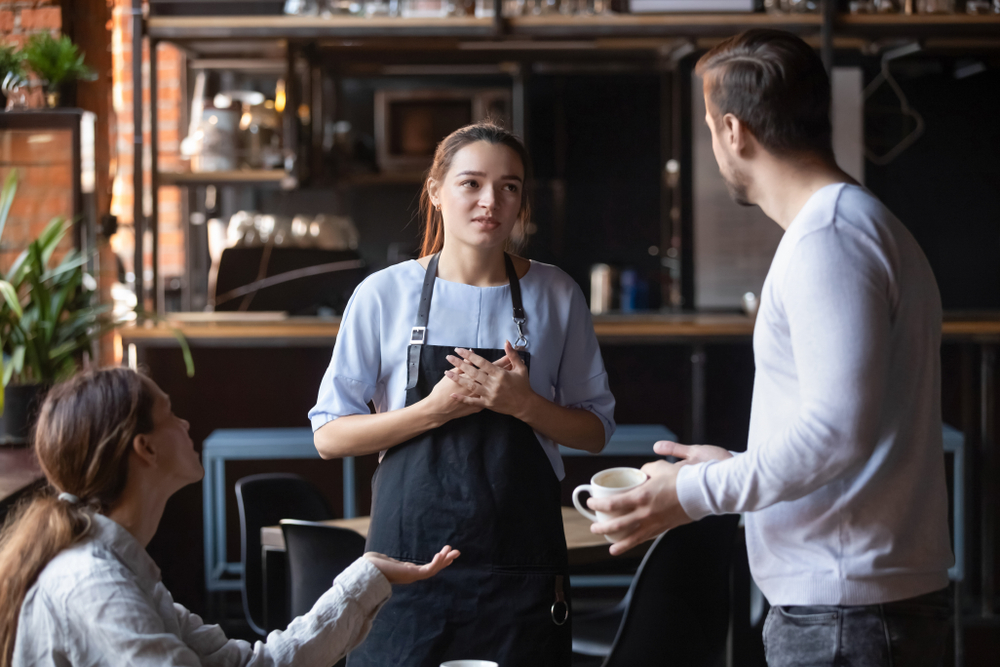 WATERFORD patriot Eamon Birde is prepared to spend a significant part of his morning laying out chapter and verse of the constitution as he insists that local cafe Scrumcious serve him a bacon sandwich despite his non-vaccinated status.

“I appreciate everything you’re saying sir, but I’m a 19-year-old minimum wage worker and I don’t really have the authority to roll back government guidelines to allow you to in” said Caroline Meeran, who just started this damn job last week.

Unfazed by the young lady’s plea that he wrap up his argument and allow her serve a few of the every-growing queue of customers behind him, Birde continued to stress how his fight for a bacon sambo is not just about a greasy sop to help alleviate last night’s hangover, but so much more.

“The founding fathers of this country did not die in the Famine for us to lie down and accept they tyranny of medical science” stressed the 59-year-old in no uncertain terms to a lady young enough to be his granddaughter.

“You’re saying you won’t serve me because I don’t have a Covid cert. What else would you do if the government told you to do it? Would you hop on one foot for an hour every day? Would you shoot a newborn lamb in the head? This is where we’re heading, young lady. Now if you don’t mind, one more time, bacon, no butter, brown sauce, toasted white bread. And a window seat”.

The stand-off ended as Ms. Meeran made the executive decision to eject Birde from the cafe on the grounds that he was being a total arsehole, for which she will later receive a formal warning from her gutless manager who was hiding in the kitchen the whole time.