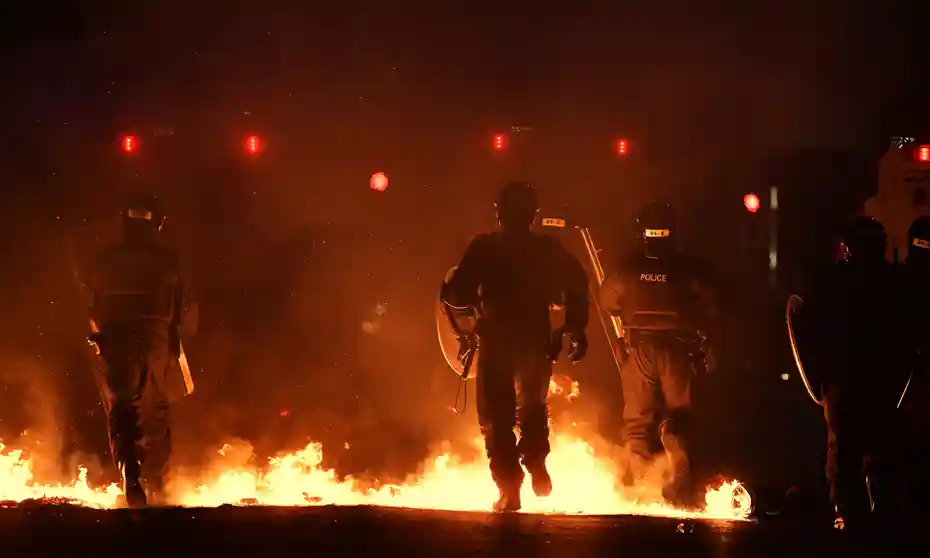 A SCHOOLKID caught up in last night’s violent anti-N.I Protocol rally in West Belfast has admitted that he’s not overly familiar with the nuances of the Brexit divorce deal that the grown-ups in the area seem to be so angry about, but he certainly loves being out with the lads throwing rocks.

The youth, who cannot be named for legal reasons stemming from the fact that he’s an actual child, was one of dozens of lads who launched fireworks, rocks and bottles at the PSNI riot squad at last night’s demonstration, after local ‘community leaders’ decided to leave that sort of craic to the young people.

“There’s a group of older men who told us to go out and throw bricks at the peelers, because they couldn’t do it anymore cos they’re old as fuck” the boy explained to WWN today.

“So we thought fuck yeah, bit of a mess and a chase from the cops, fuckin’ sure. And we were told it was all to do with a protest about a border in the Irish sea stemming from the Brexit vote which happened when I was 7, and I’ll admit I’m not sure what all that was about”.

“But these are known figures in the community, so I’d say they’ve got our best interests at heart so we went along with it. Mind you a few of us got arrested, and at that stage the older men were at home watching Great British Bake Off with their feet up”.

Meanwhile the ‘community leaders’ have admitted that a few riots here and there are unlikely to sway the opinion makers in Westminster, but it’s just nice to see Belfast on fire again like the good old days when hating someone for their religion was reason enough to kick off.