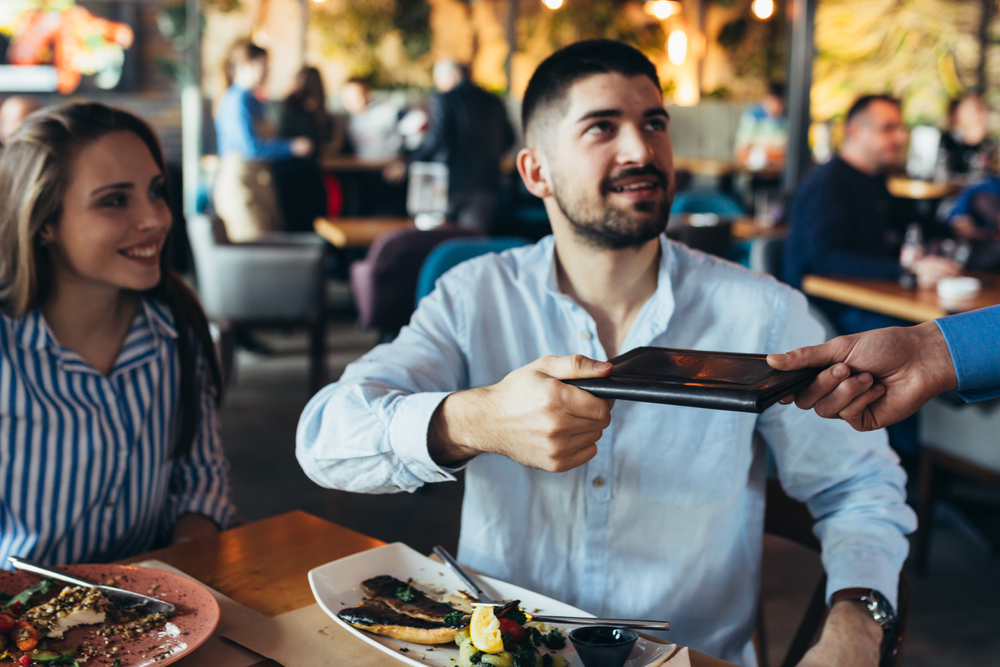 ALTHOUGH the government has announced incoming legislation to protect the tips and gratuities that many service industry workers rely on, one Waterford man has suggested a much cleaner solution; just don’t tip at all.

Dad-of-4 Luke Coughlainn has prided himself on never tipping for service in any bar or restaurant in his life, which cuts through the current contentious issue of many restaurants levying staff tips to subsidise wages, which the new legislation aims to tackle.

“Yeah the government should just do what I do, and not tip at all” stated Coughlainn today, while waiting on his euro change from a fifty that he gave a waiter for after a meal that cost 49 quid.

“Nobody tips me where I work, so why should I tip anyone else? Plus it’s the restaurants job to pay their staff, not mine. Also I fell like it’s just a very American thing that has come over here, like ‘baby showers’ and ‘Thanksgiving’ and shite like that.

“And as well, I don’t like the idea that the money I give to the wait staff that served me gets divvied up with others back in the kitchen. Let me see, is that enough excuses… oh, yeah, how about this – I don’t like spending money. And there’s nothing they can do about it. How about that?”

Coughlainn went on to add that he rarely goes back to the same place more than twice so any staff that would like to spit in his food the next time they see him ‘are in for a wait’.