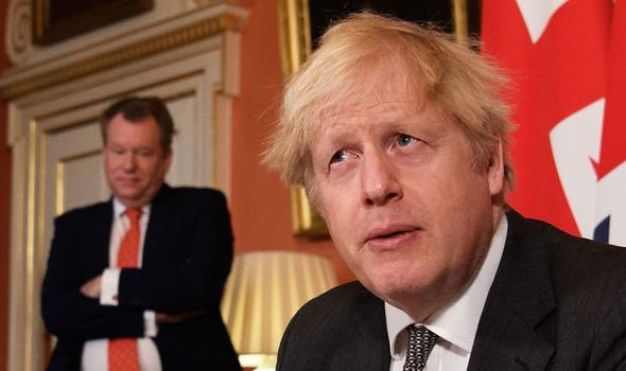 DOZENS of EU diplomats have taken up smoking and many more are said to have lapsed into alcoholism, as the British Brexit negotiators continues to hammer thorn after thorn into their side with no end in sight.

“I never smoked in my life but I’m up to two packs a day now” puffed one German we spoke to, who had just spent the last four weeks without a day off trying to help the Brits dig themselves out of a hill made of their own shit.

“If they could just go two days in a row, hell, I’d take even one whole day from 9 to 5 without attempting to change the rules that they themselves drew up and agreed to, that would be like a shiatsu massage and a cup of warm milk to us. Instead, we get this bullcrap’.

The EU are currently battling to help the UK ensure a fair and legal solution to trade difficulties in Northern Ireland that doesn’t trample all over the Good Friday Agreement, with the current stumbling block identified by the British Government being ‘what if it works’.

“If Northern Ireland suddenly gets a supply chain that moves a little better, then Scotland or Wales will start asking about why their shelves are empty. So that’s more trouble for the British government. And this is our problem to solve, seemingly” said a source close to European commission vice president Maroš Šefčovič.

“And then we try to explain to the leaders in Northern Ireland that the British knew the NI Protocol wouldn’t work but signed up to it anyway, and they’re like ‘yeah, we know’. Exhausting isn’t the word for it”.

Meanwhile negotiators in the Britain have been letting calls from the EU go to voicemail, just to be dickheads.