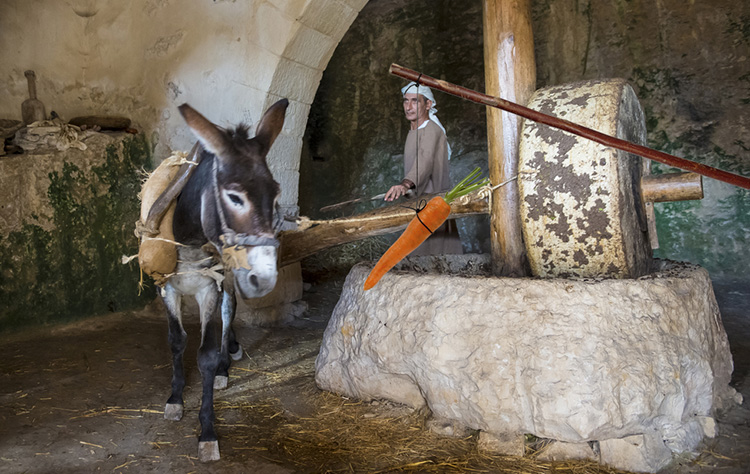 STAFF shortages in the nation’s ICU units may have been solved by an innovative contraption currently under trial in St. Vincent’s University Hospital in Dublin, where a tethered farm animal following a carrot on a stick is ‘pretty much running the show’.

Conditions at St. Vincent’s have reached such a critical stage that staff were reported to be keeping an eye on patients using baby monitors earlier this week, prompting the need to find a solution to the staffing crisis but without having to go to the government looking for more money.

As such, the donkey-wheel device that operates a pulley which distributes medicines, changes pillows and presses the button that won’t stop beeping has been implemented, with HSE bosses confident that they can have one operating in every ICU in the country by the end of the month.

“You hear a lot of ICU nurses complain about the 18-hour shifts, the lack of time off due to shortages and the supposedly ‘laughable’ wages, but ol’ Donk over there hasn’t given out once” beamed a HSE spokesperson.

“There was one nurse complaining about receiving €126 for a 13 hour shift the other day. Ha! Do you know how much carrots and baling twine that would buy? Honestly, we were worried that we’d have a major staffing crisis on our hands with the amount of nurses quitting under the strain or leaving our shores to find decent work, but it looks like Eeyore and the gang might save the day”.

The HSE went on to say that they now had dozens of ‘donkey consultant’ roles that needed to be filled by civil servants, with a starting salary of €250k a year, no questions asked.