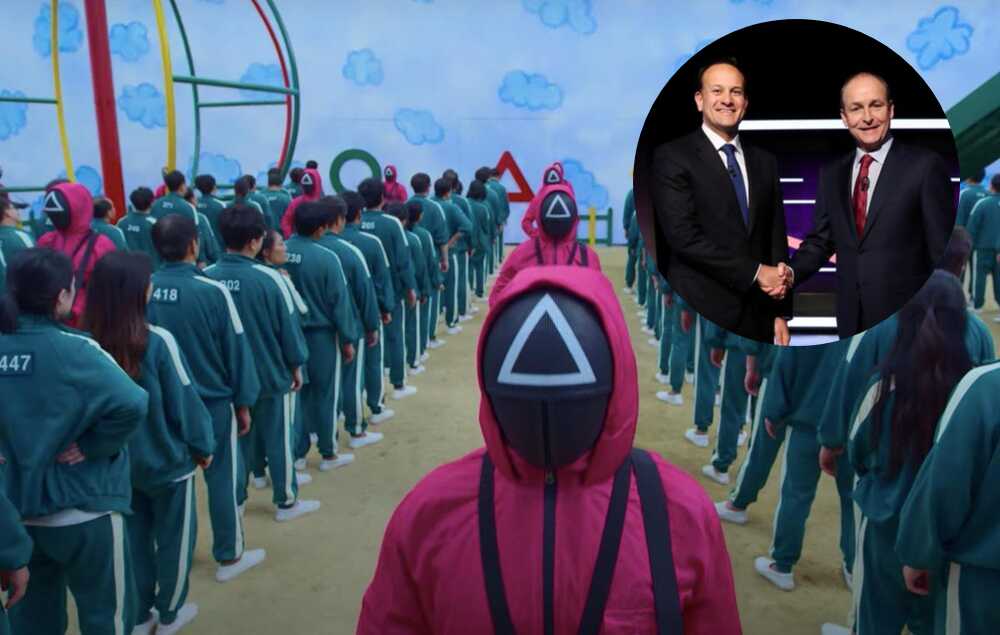 INSPIRED by the current Netflix hit show, the Irish government believes it has hit upon a way to reduce the number of people still clinging onto the pandemic unemployment payment.

“Obviously we can’t actually carry out Squid Game in full that would be ridiculous, so we’re cutting out some elements like the cash prize for winners, that’s not staying let me tell you,” explained a spokesperson for the government, shortly after it announced a €165bn National Development Plan full of things that won’t be built at all but somehow still cost ten times the original price and be delayed by a decade.

Copying the series which sees competitors compete in childrens’ game with those losing eliminated via a bullet to the head, the competition will give the government a chance to whittle down the number of people who stubbornly remain unable to return to work due to the pandemic.

“The first game we thought of including was tip the can,” suggested ministers for Finance and Public Expenditure Paschal Donohoe and Michael McGrath.

“But in the interest of reducing the debt burden on the State, we’re placing the can on top of Carrauntoohil with competitors given 30 seconds to reach the can from their location in Dublin,” continued the ministers, who haven’t finished watching the series yet so no spoilers.

Elsewhere, Netflix has been urged by viewers worldwide to immediately remove the show from their library before other governments and Jeff Bezos get any ideas.

UPDATE: 77% of PUP recipients have been eliminated after a rather violent version of Yellow Reg.