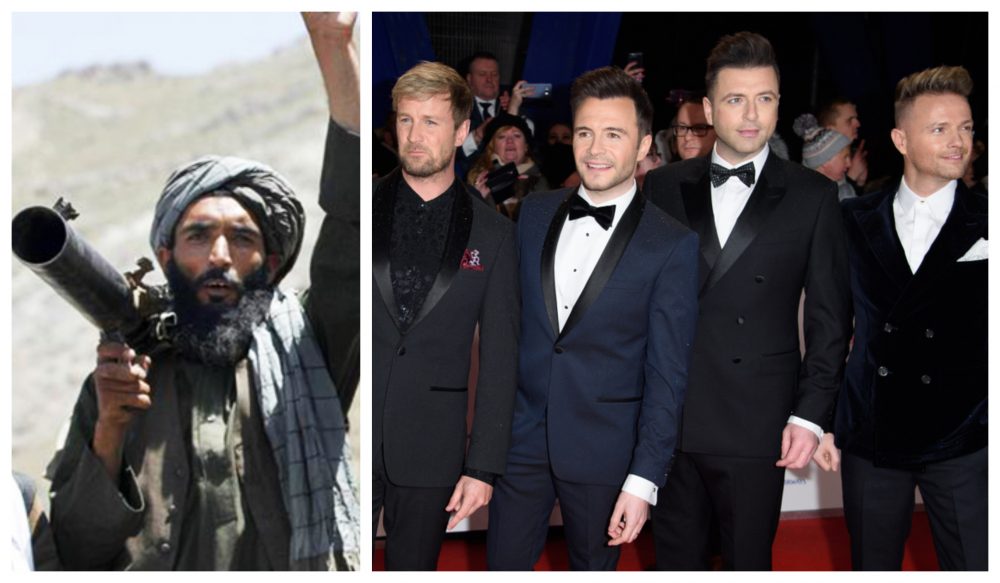 PROMISING all the old hits as well as a few new tunes, the Taliban have announced a comeback tour of Afghanistan that is said to be about as necessary or needed as Westlife’s upcoming ‘Stadiums In The Sun’ tour.

“Honestly, who needed this? Who wanted it, who asked for it? So much unnecessary suffering, for no reason, no reason whatsoever. And as for the Taliban, they can fuck off too” said WWN’s music and Middle Eastern politics correspondent, looking at the bleak future ahead.

“In truth, both of these things were predicted, and could have been prevented. The US were adamant that they had stamped out the Taliban once and for all, and Westlife went on a farewell tour. The dogs in the street could have told you what was going to happen next; both would be quiet for a few years then flare up again, possibly worse than ever”.

With the Taliban capturing their 10th Afghan province capital as they advance around the country with their eyes on the capital Kabul, many people fear a return to the brutal Taliban regime of the past; although not as many people who fear the reintroduction of Brian McFadden to the Westlife band he left behind in 2004.

“Things are bad right now, but they can always get worse” warned our correspondent.

“Just promise me one thing; no matter what happens, don’t send me out there to cover it. I have a wife and young child, I don’t want to have to leave them, possibly never to return, or if I do return, perhaps return a changed man, ruined by the horrors I’ve seen. I don’t mind going to Kabul, but not that Páirc Uí Chaoimh Westlife gig, please, I beg you”.