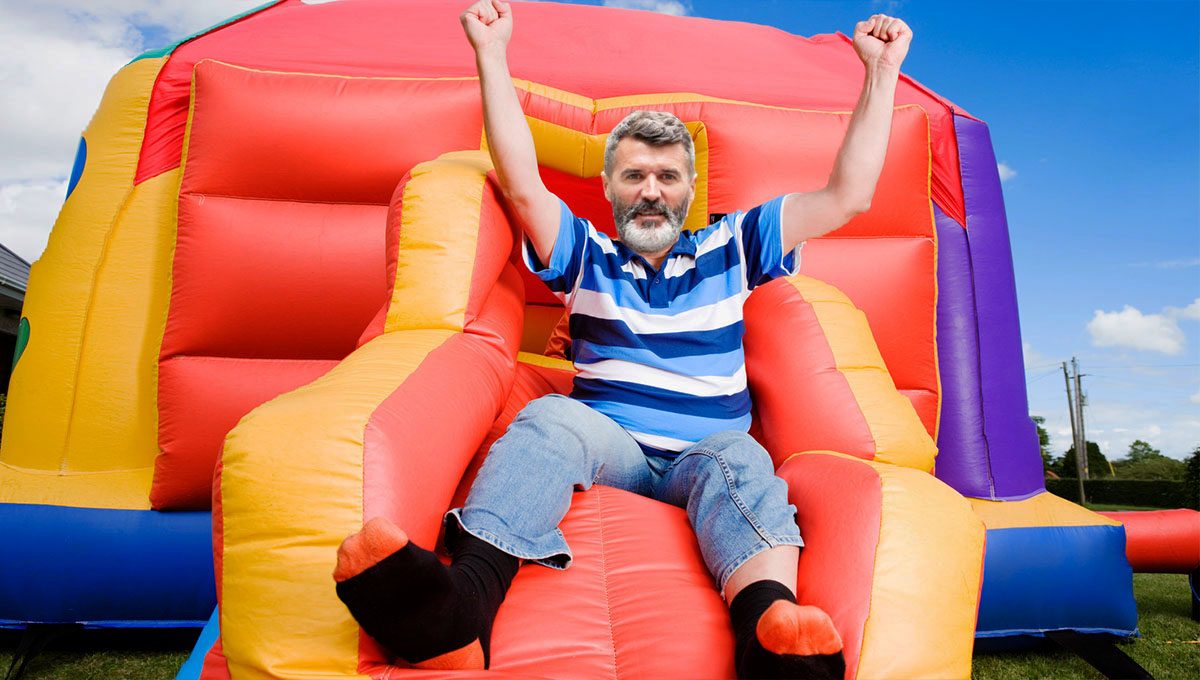 IRISH football legend Roy Keane is to unleash a half-century of pent-up happiness in one burst today, with a 50th birthday party which will include cake, horseys, a clown, lots of fun party games, and absolutely no violent outbursts or spine shattering death stares whatsoever.

Longnbelieved to be one of the most dour individuals to ever lace up a pair of boots, Keane has eschewed his plans to savagely criticise football players with his trademark venom on his birthday and instead try some of this so-called ‘ice-cream’.

“It’s nice this, more people should know about it!” beamed Keane while eating his first ever 99, before being shown how to sit properly on a swing.

The former Manchester United and Republic Of Ireland midfielder then went on a bouncy castle with all of his pundit pals from Sky Sports, where he had to be assured that the aim of the game was just to bop around and have the craic, and that there was no competitive element involved.

“His instincts kicked in and he came at me with a leaping two-footed tackle on my knee” said Sky’s Micah Richards, who also had to inform Roy that he had to take off his studded football boots before getting on.

Hundreds upon thousands of football players, managers, coaching staff and indeed fans from clubs across England have all come together to wish Keane a happy 50th birthday, as the alternative is making Roy Keane even madder at them then he normally would be.