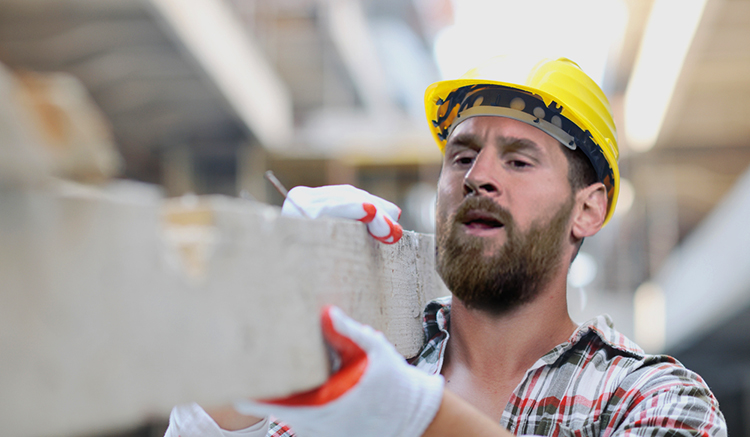 SEEKING to maximise the output from their newly installed signing Lionel Messi, the Qatari government’s ‘Qatar Investment Authority’, which owns PSG is set to also employ the €35 million a year striker on another, more physically demanding project.

Known primarily for his silky skills and an ability to make PSG millions in shirt sales, Messi will be flogged in sweltering heat on dangerous building sites in Qatar which have proved fatal to at least 6,500 slave labourers.

“Yes the priority is getting him to play on the pitch, but that’s just 90 minutes. What’s Messi doing the rest of the week? Just sitting around, so we need all hands on deck to get these stadiums finished in time for December 2022,” explained PSG president Nasser Al-Khelaifi.

“The problem with so many people dying while constructing all these stadiums and infrastructure is that occasionally we’re a person or 6,500 short on a shift now and again, and we don’t think it’s too much to ask a guy on €35 mill a year to lend a hand,” added one building site death manager back in Qatar.

Asked if they’re worried all this extra attention brought by Messi will shine a light on the human rights abuses in Qatar and turn football fans away, Al-Khelaifi laughed and pointed to Neymar, Mbappe and Messi as his eyes turned to dollar signs.