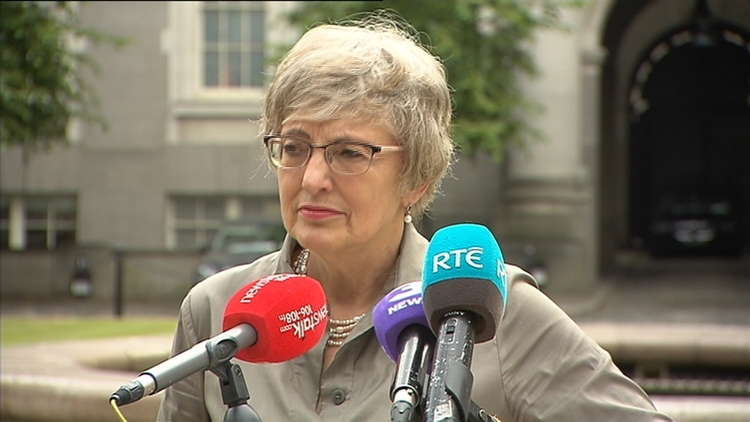 EQUALITY campaigners are today very reluctantly celebrating the first foray by the three-party coalition government into the realm of little seen ‘jobs for the girls’ appointments that stink to high heaven.

“Finally an end to the closed off ‘jobs for the boys’ clique that has denied women with connections to people in power the same fishy, rushed through appointments that cuts corners and ignores recruitment procedures and conflicts of interest, usually the best we can hope for his parliamentary assistant,” sighed one equality campaigner.

Muted celebrations greeted Katherine Zappone’s appointment to a very makey uppy sounding position regarding free speech which it has now emerged she herself came up with and approached Simon Coveney with, as leaked by Leo Varadkar in an interview.

“The Taoiseach didn’t even know she was being appointed to a position that doesn’t seem to have been advertised publicly, which is finally the breakthrough sign that women are getting a fair shake of truly outrageous acts many would call naked cronyism,” added the campaigner, limply raising a fist skyward in triumph.

The long overdue march toward progress and equality is further complicated by what could potentially happen next.

“Let’s say someone was to look at the Lobbying Act and decide a former minister asking their former cabinet colleagues to create a paid position with international travel and expenses is inherently wrong and in violation of the act, that’s good right? But then surely it’s sexist to hold a woman accountable for something you know male public figures get away with every year,” lamented a conflicted campaigner.

The government confirmed ‘sure it’s only about 15k and travel expenses’ and that special envoy Zappone would not be crisscrossing the world to champion the sort of free speech that allows the media to keep asking awkward follow up questions about political appointments.