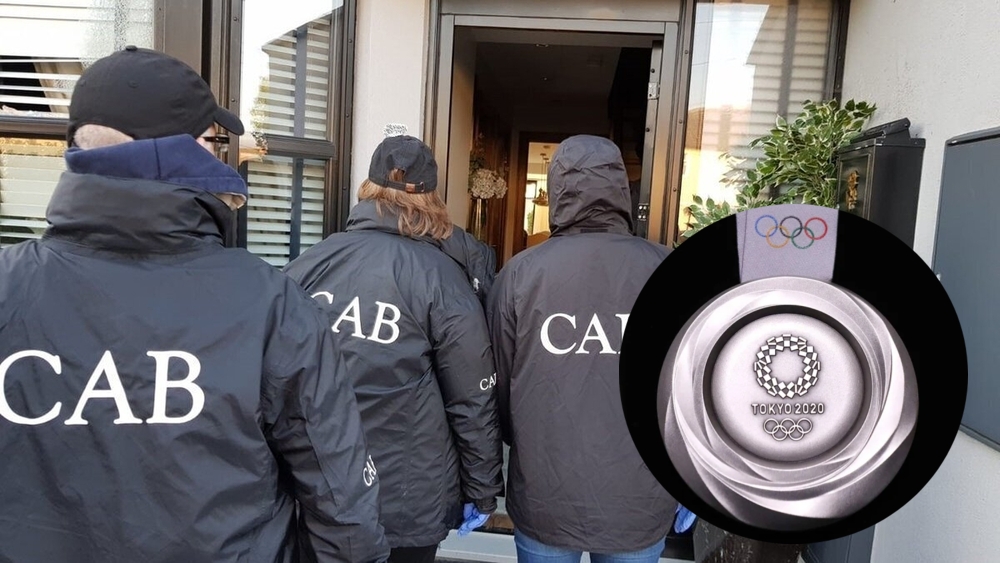 A MOMENTOUS first Olympic swimming medal for Hong Kong and a proud day for the communities of Hong Kong and Ireland took an unseemly turn as officers from the Irish Criminal Assets Bureau swooped in on the Tokyo medal ceremony to confiscate the silver medal won by Siobhan Haughey, the grand-niece of disgraced former Taoiseach Charles Haughey.

“History has shown us if a Haughey has silver in their hands you should just, y’know, double check to be on the safe side. This is just routine, the athlete can have the medal back after we perform a search of her wardrobe for Charvet shirts,” confirmed one CAB official.

Questions of authority and issues of jurisdiction has plagued CAB’s efforts to perform a routine check of the silver and where it has come from.

“Looks like the athlete came by the silver through hard work, honest graft and natural talent… are you sure they’re even related to Charles Haughey?” mused one CAB official.

While CAB temporarily seized the medal early indications are they have found no offshore bank accounts, mansions, yachts, racehorses funded on a government salary or an illegal £1.3 millon payment from a disgrace businessman.

“No it’s all legit, fair play. We even checked accounts to see if anyone pulled a ‘classic Charles Haughey’ and by that we mean misappropriate at least £20,000 in donations actually meant for the medical treatment of a close friend who was suffering from liver failure,” the CAB official confirmed.

Elsewhere, while the Irish Department of Foreign Affairs extended its congratulations to the swimmer they confirmed if she were to fall foul of the Chinese government’s crackdowns on freedoms and democracy in Hong Kong not to call them as they have the ‘spine of a jellyfish and would be fuck all use’.