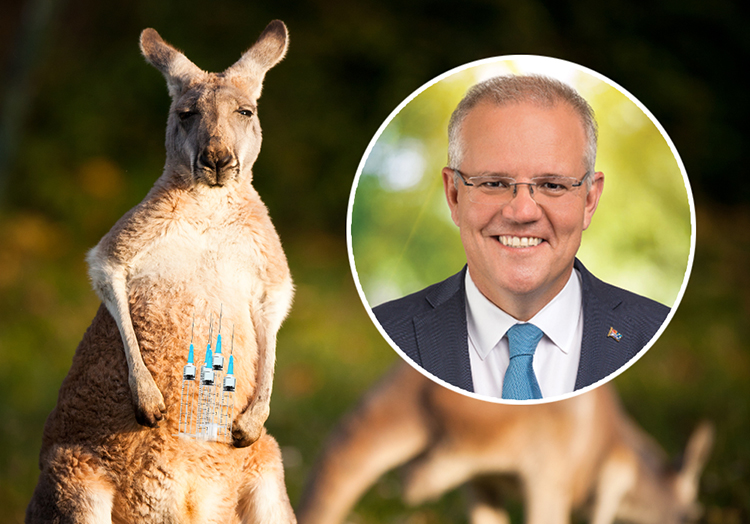 “They’re not for taming, they don’t follow directions well and they absolutely won’t accept when they’ve fucked up,” Morrisson said of the kangaroos and not of his own administration.

Morrison’s inability to speedily rollout a vaccination programme in a country closed off from Covid outbreaks for over a year is now under further scrutiny as the majority of the country faces into a lengthy lockdowns.

“Sure now you say the kangaroos were a bad idea and there must be a better way to operate a vaccine programme but I didn’t hear any alternative ideas like ‘actually buy vaccines’. You’re all experts after the fact,” added Morrison, forgetting to blame Gladys Berejiklian.

Morrison admitted he came close to pulling his hair out over the botched rollout but hair plugs don’t come cheap.

Elsewhere, western nations have promised to get around to sharing the vaccine for the deadly disease with the developing world eventually and urged nations overcome with deaths and a crippled health infrastructure to ‘quit the begging and moaning’ as it is ‘really bumming us out’.

“Oh shit wait, did you say Australia? We should probably help,” shared leaders of fellow Western nations, “Congo? Afghanistan? Indonesia? They can go to hell for all we care, but these guys… they’re… like us, help is on the way,” they added as late night planning over expediting vaccines to Australia continued.