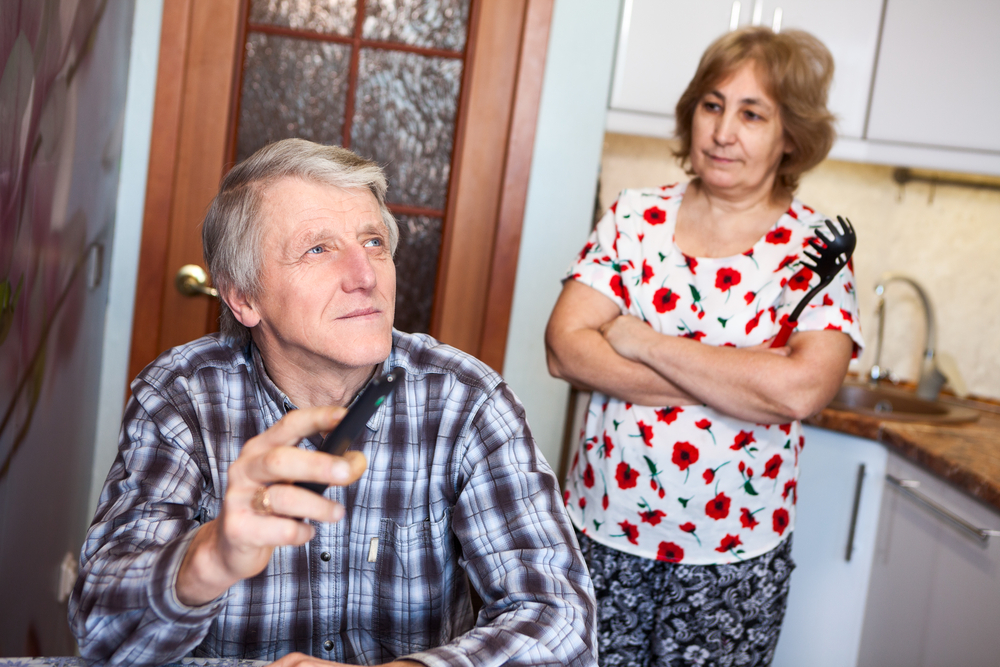 AS GARDAÍ arrest a man and woman suspected of carrying out a €28,000 ‘romance fraud’, news of the alleged crime is helping other victims to come forward and share their story.

‘Romance fraud’ is a confidence trick scam in which a criminal feigns romantic intentions towards a victim, gains their affection, and then uses that goodwill to get the victim to send money to the scammer under false pretenses, something 63-year-old Eileen Gownan knows all about.

“Romance fraud? I’ll tell you about romance fraud,” said Gownan as she pointed at her husband of 40 years, Derek.

“Promises of flowers, cooking, cleaning, action in the bedroom. Not a promise honoured, the useless git. Just constant giving out at the TV, the only time he smiles is when he hears one the neighbours has died,” Gownan said down the Garda hotline to no avail.

“When I was convinced to walk down the aisle I thought I was marrying an attentive, positive man with hair and a waistline smaller than the equator, never mind fraud I should probably put out a missing persons alert for him,” continued Gownan, scowling at her husband who remained focused on reading his paper while muttering ‘ah, the usual shite’.

Gownan revealed that she was promised a rewarding partnership but can clearly see she is the victim of an elaborate decades-long scam carried out by a criminal mastermind.

“Ah, she’s never happy that one,” confirmed Derek before raising his leg slightly to gently let a trombone like fart fill the air before screaming at children gathered outside on a nearby green.

“That’s the closest attempt at getting his leg over since our wedding night,” bemoaned Gownan as she picked up the phone to ring the guards again.