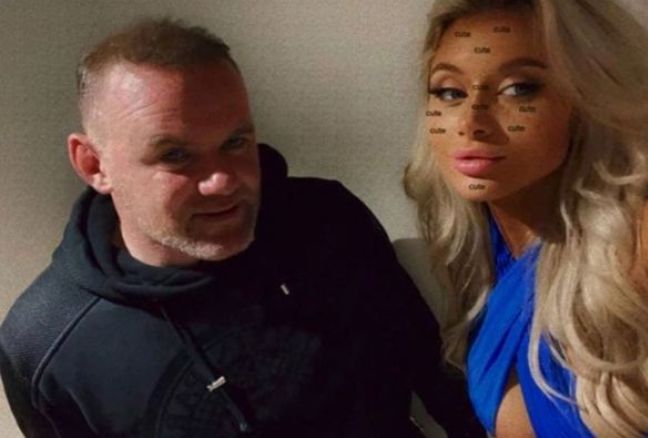 EMBROILED in a late night drinking session turned photoshoot with women rumoured to be ensnaring him in an extortion plot, and now fresh from injuring one of the key players he’s manages at Derby, Wayne Rooney is having an awful week and it’s only Tuesday.

WWN tempt fate on the United legend’s behalf by musing on the various ways his week could get worse:

1) He could be married to the preeminent internet detective of our era.

If by chance, Rooney’s representatives’ decision to report the aforementioned pictures to the police as part of some face-saving exercise to make him appear like a completely faithful and innocent party, then it would be a nightmare scenario if someone close to him, say his wife, has previously showcased the sort of natural detective abilities that would make Sherlock Holmes blush.

A spiritual sequel to Mare of Easttown, Coleen of Merseyside would be the sort of prestige, tension-filled TV drama that would have anyone hiding behind their pillow on the couch. Or if you happened to be asleep on a chair, suddenly jolt you awake in a fit of terrified screaming.

2) He could develop a serious case of pink eye if someone was to have farted near his face. The debilitating conjunctivitis could see his eyes becoming encrusted and hinder his vision which would be no help at all in certain scenarios like entering into 50/50 challenges.

3) Be called as a character witness in Ryan Giggs’s assault and coercion trial.

4) After injuring a key player in training, Rooney finds his car clamped but before he reaches the car he slips on a banana peel falling backwards into a bucket arse first. Luckless, at the same moment his wallet, keys and phone fall from his pocket into a nearby sewer all while a nearby speak system plays the Benny Hill theme tune.

5) With only 9 fit senior players available to start the season, Rooney could be forced to continue managing Derby County while sleeping on a chair in his office.