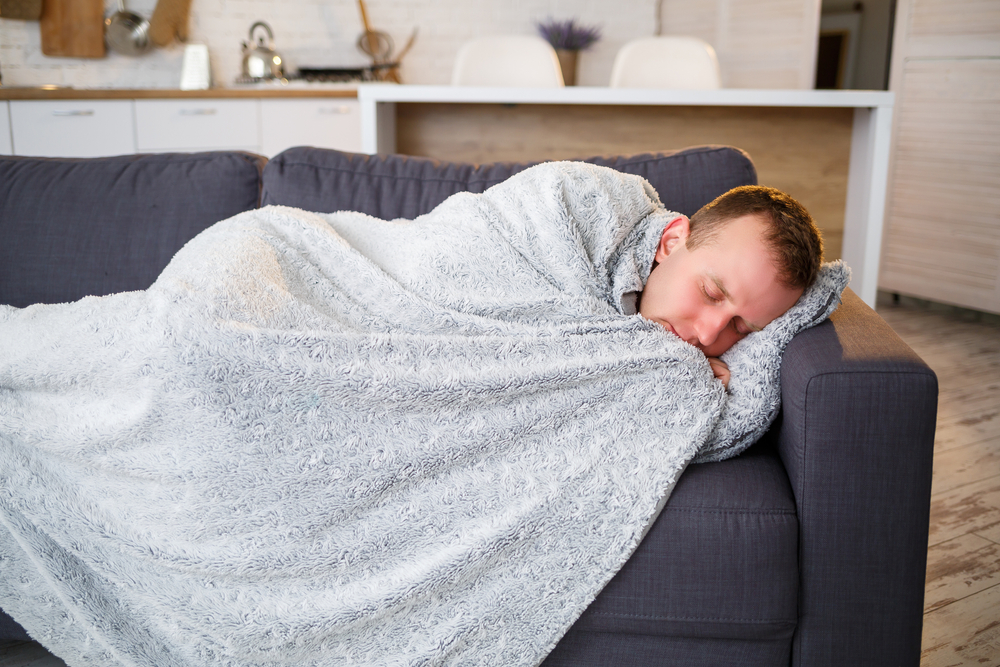 A COUNTY Tipperary man has been diagnosed with what doctors have since coined as ‘long hangover’ after going on the absolute tear three weeks ago leaving him permanently ‘dyin’ at his home, WWN can report.

Farmer Niall Roche (46) reportedly went ‘out on the piss’ for his birthday on the 8th of July with some friends and drank what has been described as an incredible amount of alcohol, with the session only finishing up three days later in his own backyard.

“I hit it hard now,” Roche told WWN, who has remained on the couch watching weird documentaries and eating junk food for the past 16 days, “normally I’d be right as rain a couple of days after but this time I think I did some serious damage somewhere down the line, I’d say it was a bad pint of whiskey I had in the local”.

Much like long Covid, doctors put the son-of-two through a series of tests which suggested he was experiencing one of the longest and dirtiest hangovers they’ve ever seen, despite Roche’s attempts to nurse himself back to his usual, mildly hungover self.

“I’ve tried a regulated doses of pizza, Coca Cola and watched reruns of dozens of TV shows but I’m still absolutely in the bits, like Lego I am,” he explained while still lying down on the couch holding his forehead like it was about to fall off, “even the cure isn’t working for me,” he added, now pointing to several empty bottles of vodka on the ground around him, “it can only mean one thing – long hangover”.

Due to his condition, Roche has had to go on the PUP payment for the time being while constantly being harassed by the social welfare as to when he’s getting back to work.

“I don’t see myself getting over this anytime soon,” he winked, before opting to watch Breaking Bad from the start again.