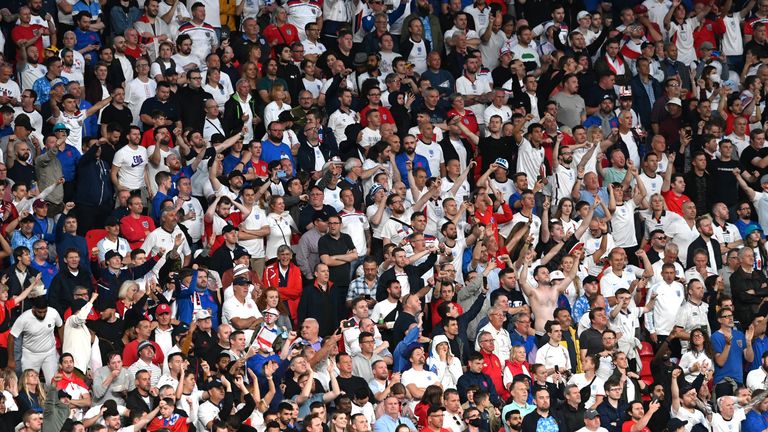 ENGLAND’s gallant run to the final of the Euros and subsequent loss to Italy in the cruelest fashion via penalties means football is going to Rome, but it’s not all bad news as in the aftermath of the game it became depressingly clear many English people made sure racism was staying home.

Condemning the vile abuse British PM Boris Johnson said “I won’t stand for this, some of those racists stole my best one liners”, while Home Secretary Priti Patel congratulated the racists for finally finding something she didn’t want to deport from the country.

“There’s some things we can’t bring home, but we’ll do everything in our power to keep our most treasured pastimes from leaving in the first place,” confirmed Johnson, who unlike the cowardly anonymous online trolls, is man enough to put his racist bile in newspaper columns and government policy.

While millions of England fans were commiserating with their team and praising their young stars, others with demoralising predictability were taking to social media to flood the profiles of Jadon Sancho, Marcus Rashford and Bakayo Saka with abuse.

“This sort of vilification, scapegoating and abuse of young men of colour can’t continue in such an obvious manner, please be more subtle,” confirmed a Tory government spokesperson, fresh from recently issuing support of people booing the taking of the knee and hiring someone who says institutional racism doesn’t exist in Britain to carry out an investigation into whether or not it exists.

“We are shocked by this awful abuse which sprouted out of nowhere,” confirmed the official home of the racist underbelly of the England, the Daily Mail comment section.