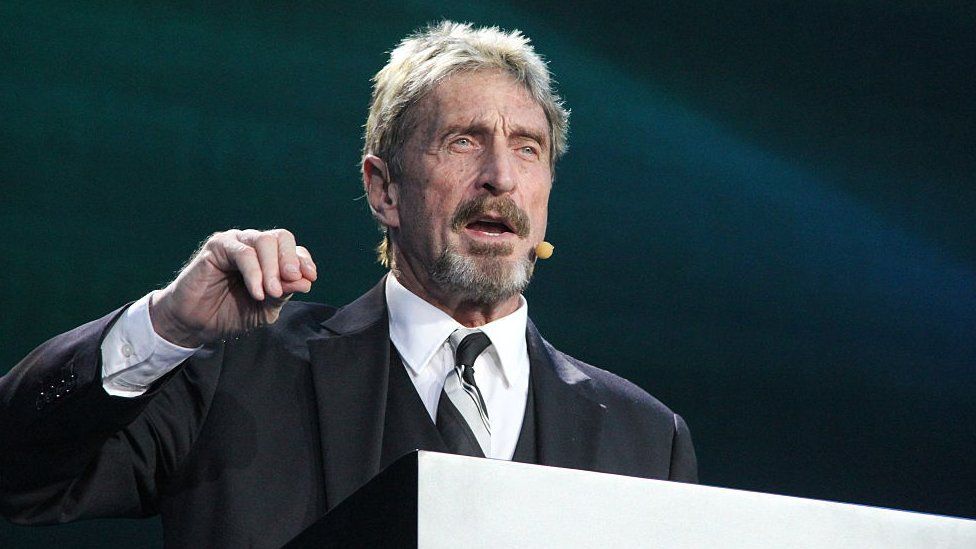 AFTER being uninstalled in prison at the age of 75 after Spanish authorities had had enough of their free trial, infamous anti-virus software behemoth John McAfee has joined the growing list of people who didn’t kill themselves.

Cancelling their McAfee subscription and happy to extradite him to the US to face trial on a number of charges, the government is now under increased scrutiny as it secured its place on the long list of untimely deaths which will need a bit more explaining before the circumstances are excepted as fact.

Living a life that has earned him the lengthiest ‘What The Fuck?’ section on a Wikipedia entry in internet history, the controversial McAfee is took his own life not long after learning he could be facing 30 years in prison in the US.

Dying in suspicious circumstances is only the 178th craziest thing McAfee has done and such was his larger than life persona, many experts remain skeptical.

“This is the guy who tried to start a paramilitary in Belize, escaped death more times then I’ve had hot dinners, did more snow than the Antarctic and I’m just supposed to except this news like he’s not going to produce the best ressurrection this side of Jesus?” confirmed one man who spent too much time on the internet.

“They got you too, huh?” Jeffrey Epstein is believed to have said to McAfee at a drug fueled party in the Belize afterlife earlier this morning.