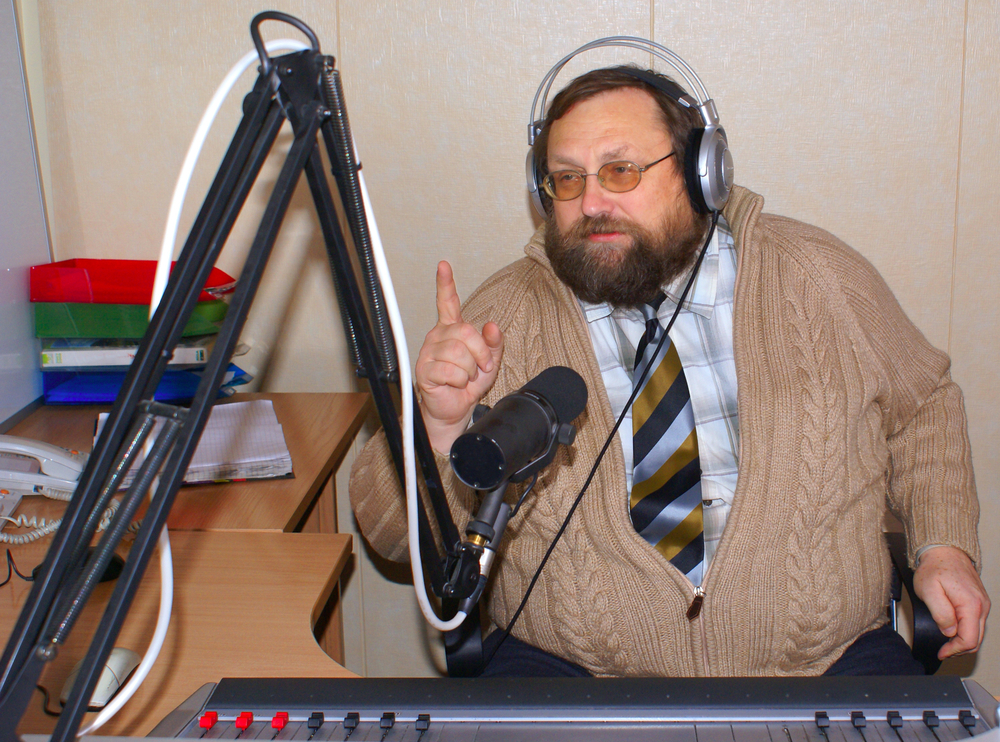 CAUSING quite a stir and providing his show with a steady stream of reliably irate and outraged callers, self-styled radio ‘shock jock’ Ronan Cassin has done it again.

His tried and tested method of making up any old shit, taking innocuous news stories out of context and presenting them like the straw that broke western civilisation’s back, Cassin in ‘just asking questions’ has alerted listeners to a story about pedo elephants being allowed marry children.

“Have I taken some liberties just to goad people into getting angry and creating a stir while scapegoating a minority? Yes, of course, that’s quite literally my job” confirmed Cassin, admitting to misrepresenting a little known news story about normal aged non-pedo elephants, who turned out both to be consenting human adults, getting married.

“I don’t know about you, but this seems like this is where a world gone PC mad gets you,” Cassin purred into his micorphone, before switching to Joanne on line 2, who was in the middle of setting a new world record for high blood pressure.

“What you have to understand is that my dear listeners are clinically brain dead, and there’s no better joy in the world than feeding them bullshit to antagonise them with,” confirmed Cassin, switching to Colm on line 3 who was actually pro-pedo elephants.

“That’s actually the researcher Niall, we get him to ring in pretending to have an outrageous opinion so disgusting and devoid of humanity that it triggers normally sensible people to ring in to scream at him,” added Cassin, now trying think of what tomorrow’s phone-in topics will be.

“Are foreigners only learning the Irish language to trick us into thinking they’re Irish? No. This Irish man was fired from his job after a female employee called him ‘sexist’ for holding the door open for him, yes, yes, that’s the one,” said Cassin misrepresenting a news story about serial, aggressive sexual harassment case from America.