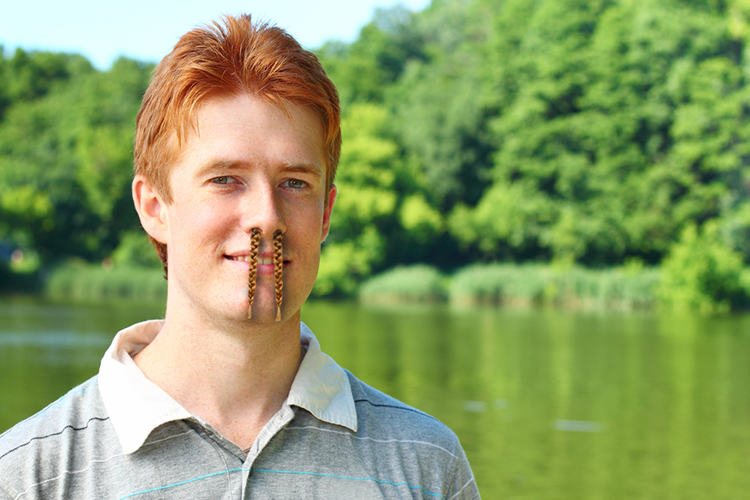 NOSTRIL hair has long been frowned upon by society as a ghastly sight, forcing aging men, and women, to trim their nose hair out of shame, but thanks to an ever-inclusive society, Ireland has led the way in a new technique called ‘nose dressing’, WWN reports.

“Contrary to popular belief, growing your nose hair is actually quite difficult and requires special waxes and gels to promote longer nose hairs that don’t fall out under their own weight, or being picked out while sweeping the chimney, so to speak,” nose dresser Catherine Hurly explains, who runs her business Shrón Gruaige from a small cabin in the back of her home, “we get a wide range of customers and we offer up all sorts of styles to suit individual tastes and styles”.

The most popular request is nose hair plaiting, which takes a very experienced hairdresser to do due to the delicate follicles in the nostril cave.

“The process can be quite tedious on the nose owner as the pulling and dragging can make them wince in pain and cry like little babies,” says Hurly, “nostril ponytails are easier to do, but you don’t get that neat style you get with plaits. We’ve done a few nostril buns too, but the people who get them are usually self-important assholes and I tend not to answer their emails”.

“We’ve tried a few times, but having a plaited tail protruding from a hole in your jeans doesn’t have the same kind of sex appeal as a nostril plait does,” she concluded.