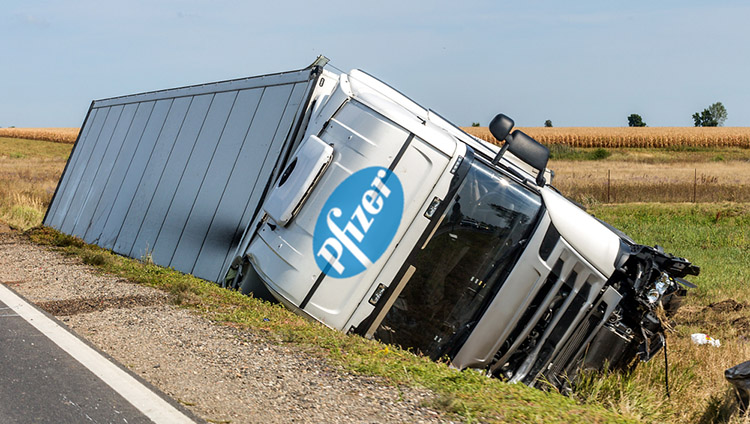 CONSPIRATORIAL websites around the world lit up today following the first confirmed death to be associated with the Pfizer vaccine, before being forced to come up with novel ways to work around the fact that the deceased party was in fact struck by a delivery truck.

The unnamed German man was said to be ‘toddling across the road looking at his phone’ in Leipzig when he was struck by the delivery truck carrying the Covid vaccine, prompting anti-vaxxers to issue the following headlines on their social media channels:

“Safe Vaccine?” Tell That To This Dead German Guy

What’s Really In The Vaccine? Family Of Dead German Man Deserve To Know

Pfizer Stock Remains At A High Despite Vaccine Death Of German Man; We Demand Answers

So far, articles surrounding the matter have been shared some 6 million times on Facebook pages and although the body copy of the articles explain that the man was in fact hit by a truck and not killed by the vaccine itself, very few people have bothered to read down that far and have instead decided that the incident ‘proves them right’, which is all they wanted all this time.