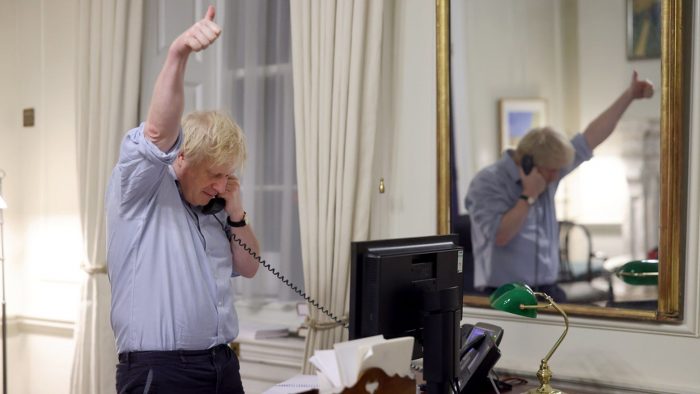 “Oh Boris is very attentive, but sadly not too bright. He does hang on President Biden’s every word though,” shared one official with knowledge of the talking Biden has done towards his new lapdog.

Like Biden’s dog Major, Boris is a rescue but uniquely for a lapdog, Boris was not abandoned by his owners rather he was discovered after he abandoned Northern Ireland.

“They have a very special relationship, Joe will occasionally let him in the house, but Boris will always has to use the dog flap and bless him, it’s a struggle for him to fit through,” shared an official.

“He just about answers to his name. Now, to give him his credit he has mastered one trick; when Joe tells him to jump the fluffy little fool jumps so high it’s scarcely believable,” added the official, who found the spectacle a little pathetic if she was being honest.

Those with knowledge of Boris the lapdog have stated that the not so bright shaggy haired pup believes he can become Biden’s favourite lapdog on account of the fact Boris’s ancestors, aggressive bulldogs, were famous for being trained to attack Biden’s Irish ancestors and viciously maul them.

It is believed Boris, who will be allowed very limited treats and be kept in a small back garden with no light, will tell members of his pack that Biden has given them unlimited juicy bones and acres of rolling hills to run roam free in.