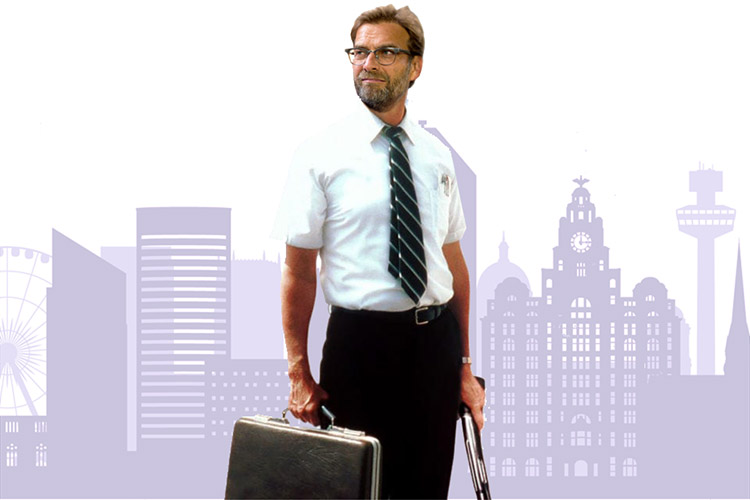 AN unbroken flow of green traffic lights between Manchester and Liverpool on the way home from last night’s 3-2 FA Cup fourth round defeat is said to be all that prevented Anfield chief Jürgen Klopp from dumping his car and going on an absolute rampage around the city, sources have confirmed.

Klopp, known for being mild-mannered, friendly and generous with his time over the course of his 6 years with the Merseyside team, is said to be coping poorly with his team’s shoddy performances of late, with their home defeat to Burnley said to have pushed the German into ‘Michael Douglas’ territory.

Sources close to Klopp say that his trademark wide grin has gotten ‘a little creepy’ lately, and that his Premier League-winning team’s spate of poor form and injuries are ‘red flags he’s about to blow’, especially when coupled with the fact that he’s watched Falling Down on Netflix 14 times in the last 10 days.

“It could be anything that sets him off; bad traffic, stub his toe, being held to a nil-all draw at Tottenham on Thursday – anything” worried one member of the Liverpool backroom staff, strapping on a kevlar vest under his jacket.

“I mean, did you see the row he had with Sean Dyche in the tunnel the other day? You’d need your Weetabix in you for that lad. And his manner with the press as well shows Jürgen’s one dumb question away from going on a rant that will make Kevin Keegan look like Mother Theresa”.

Meanwhile Liverpool player Mo Salah doesn’t want to bother anyone, but Klopp has been sitting on a toilet in the changing room in his pants slowly loading a rifle for like, the last two hours.