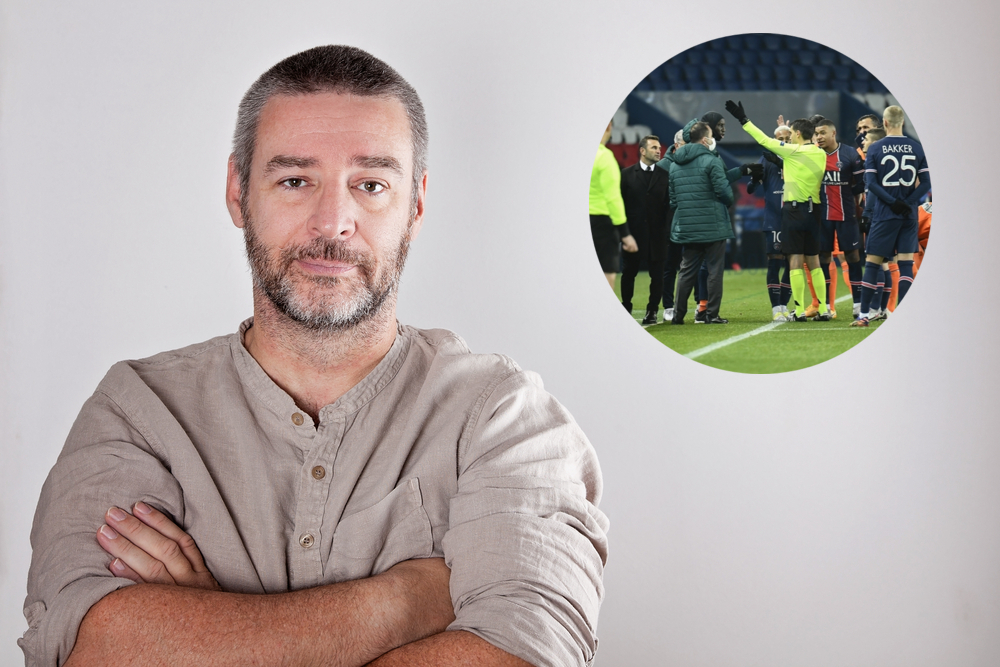 UGLY scenes at a Champions League match between Paris Saint-Germain and Istanbul Basaksehir last night and Millwall before that are set to become commonplace in football, and in life, if people don’t make at least some concessions to casual racist remarks, explains Waterford man Eric Devlin in this exclusive interview compiled from his outspoken views on message boards this morning.

“So the day has finally come where you can’t open your mouth without being accused of racism; well that’s just perfect, isn’t it? I hope everyone is happy. You know, I’ve been warning for years that this would happen. ‘An attack on free speech’; that’s what I called it back when they first started telling us we weren’t allowed to monkey chants at black footballers . You all called me racist back then, but who’s racist now? Everyone. Everyone who says anything racist, whatsoever, is suddenly a so-called racist. Unbelievable”.

“See that incident last night with the players walking off the pitch because of a racist remark made by the fourth official? Look, I don’t need to know the finer details of the incident to know that it’s all just a load of bollocks, blown completely out of proportion. Lefty nonsense, that’s what it is. You just need to look at the fourth official to know he didn’t mean whatever it is he was accused of, and on the other side you have a black lad complaining about racism so you know that’s probably just handbags at ten paces to begin with. What’s next?”.

“Does it stay on the pitch, or will it spill over into real life? If I call someone black on the bus, does everyone on the bus turn against me? Is that where we’re heading?”.

“I call for a return to a time where everyone just had a bit more cop-on and treated casual racism as what it was; a bit of a laugh and nothing to get offended about. It was a much simpler time, for me at least. Nobody is considering me, or people like me; you know, white people. White people who are used to acting and talking in a certain way, with no intention of changing. If people can’t adapt to accommodate us then I’m sorry, we’ve lost the run of ourselves as a caring society. And that’s all I have to say about that, for at least 20 minutes”.