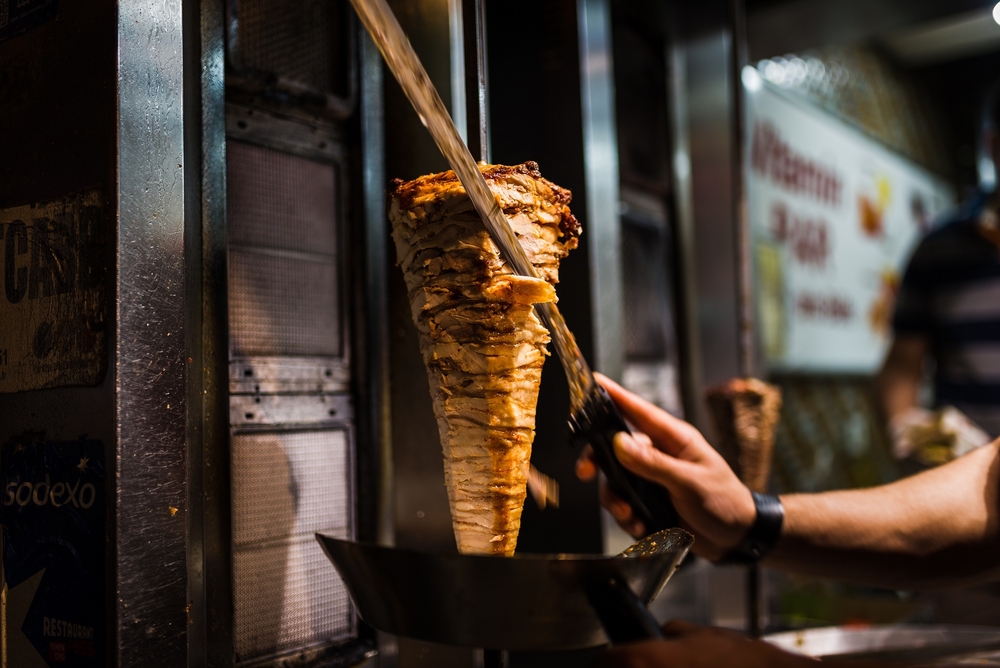 THE roll-out of a new form of lab-grown meat is to be rolled out in secret to kebab shops around the world, in a bid to slowly ingratiate the substance to meat-eaters before revealing its true origins, much as how a mother might wait until her family was finished a delicious meal before revealing that she bought it in Aldi.

It is believed that kebab meat was chosen specifically for the scheme due to its questionable origins to begin with, and that 99% of kebab fans are unaware of what they’re eating when they put in an order, nor do they care.

“Our product is grown from chicken cells in what’s known as a bioreactor; it’s safe, clean, delicious, and won’t give you the taco shits” confirmed a spokesperson for the South Korea food technologies specialists who have perfected the process.

“The key here is to not tell anyone what it is; we learned that with vegan sausage rolls. You’ll bring out the ‘I’d never eat that!’ crowd if you do. The kebabberatti don’t care if this would save literally millions of chickens from slaughter every day; they want a saucy meat-esque product to eat with chips at the end of a night out and this will very much fill that hole. After that, we put it into the Chinese takeaways, chicken fillet rolls, frozen ready meals… by the time we’re in a place to actually have it replace real food, people will be well used to the taste of it and pass no remarks!”.

It is believed that KFC are very interested in the new breakthrough, with trademarks already filed on the name KFKC, for ‘Kentucky Fried Kinda Chicken’.