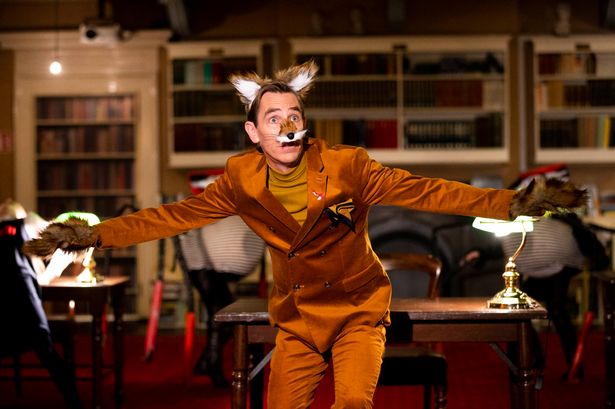 TONIGHT’S Late Late Toy Show may go down as the moment Ireland came together to finally drive the nail into the coffin of Covid-19 once and for all, or it may be the spark that ignites nine months of pent-up fire and civil unrest; that’s what RTÉ chiefs are being warned by government officials today.

“You better have something special lined up or this whole thing could blow” a senior NPHET advisor warned Ryan Tubridy ahead of the much-anticipated annual event.

“Since day one of this pandemic, people have worried about saving Christmas and since it became apparent that this wasn’t going away, they’ve been worried about the Toy Show. No pressure or anything, but it’s very possible that either save or ruin this country tonight so buckle up, buddy”.

Although a distraught Tubridy would not leak any details about the show, he was later heard on he phone to Dee Forbes angrily demanding to know whether or not U2 had gotten back on to her, as well as weeping openly as he lamented the loss of so many Toy Show tropes that he would have relied on.

“I can’t even throw it to a 5-year-old on a piano or have The Script take some kid to a soundcheck, I’m fucked” sobbed Tubridy, cracking under the pressure like a twig.

Meanwhile RTÉ are said to be delighted with the new streamlined Toy Show, particularly the lack of an audience to receive ‘one for everybody’ which has shaved €1.7m off the overall budget.