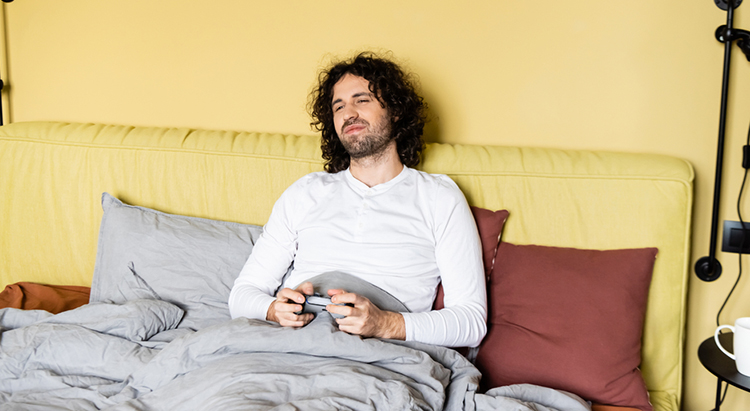 EAGER 38-year-old gaming fan Charles Marrington has made certain to snag himself a Playstation 5 console before some pesky parents looking for one for their kids could buy them all, admitting he thought the sleek new purchase would bring him some sort of momentary pause from the loneliness that is his life, maybe even some spark of joy, anything.

“I remember the joy I got when I received a PS1 for Christmas when I was 12, or when I spent a summer collecting glasses in a pub so I could buy a PS2 when I was 19,”  mused Marrington, looking at his 500 euro console that he bought with his wages from his big-boy job.

“PS3 when I was living at home, PS4 when I moved out and got a place of my own. So many memories attached to each console, I really did think that I’d feel at least a bit of that Vice City buzz, those FIFA tingles. Instead, I’m just very aware of how I’m nearly 40 and I’ve got so little”.

In an attempt to make himself feel even a little smug, Marrington rang up his old pal Derek Henson to slag him off for buying Microsoft’s rival console, the Xbox Series X.

“Turns out he hasn’t turned on his old Xbox in years, and didn’t bother with this new one,” sighed Marrington, unmoved by the supposedly stunning 4K gaming experience unfolding in front of him.

“He did say he had a Nintendo Switch, so I was going to laugh at him for having a kids console, but then he told me that it actually was his kid’s console. I keep forgetting all my friends have kids now. Ah well, but do they have the house to themselves so they can curse as loudly as they want during COD deathmatches? Nope! Fecking losers the lot of them!”