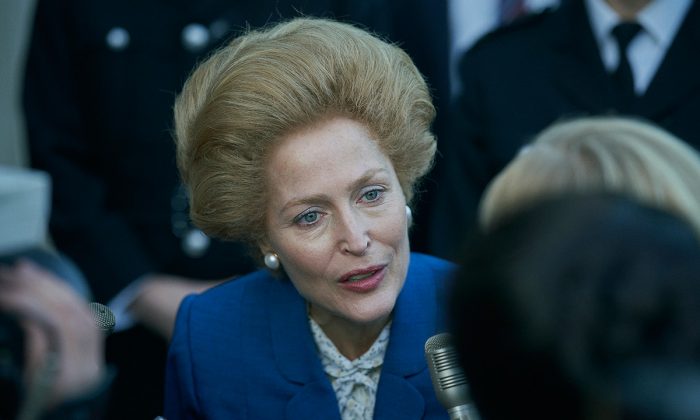 SEXUAL feelings unstirred since the heyday of The X-Files have come roaring to the fore for thousands of men and women following the release of season 4 of The Crown, which includes everybody’s redhead crush of the mid-90s Gillian Anderson in the pivotal role of hated British Prime Minister Margaret Thatcher.

Although the casting and Anderson’s subsequent performance have received widespread acclaim, many are having to cope with the unusual feeling of being highly aroused by Margaret Thatcher, leading to widespread shame among Irish fans of The Crown.

“First of all, Irish people who watch The Crown obviously have some deep-rooted sexual issues” said sex therapist Una Ring, speaking exclusively to WWN about this and only this.

Other issues facing Irish people during season 4 of The Crown include a sense of sympathy for Prince Charles, a newfound respect for Camilla Parker-Bowles, and a swaying opinion about the British army’s role in the history of Northern Ireland.

“You’re gong to sit there and shake your head in dismay at the actions of Republicans, you dirty little perv” explained Dr. Ring.