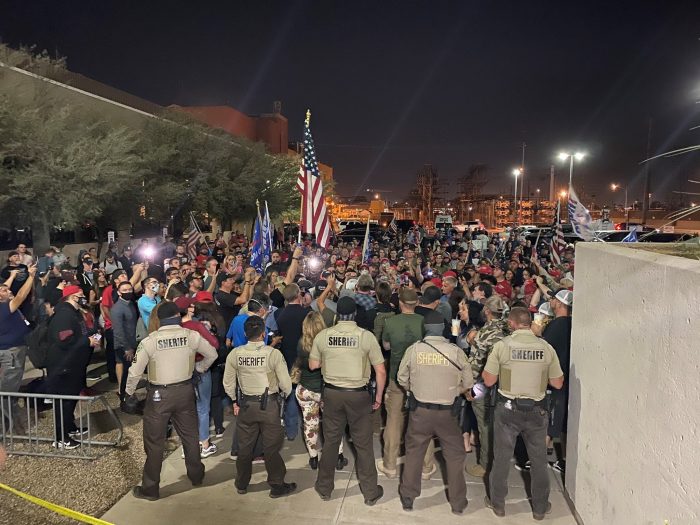 THE United States have been asked to just quieten down for an hour to allow those in charge an opportunity to sort this mess out, that means both sides, Republican and Democrat, Trump and Biden, white and non-white, pro-2nd amendment and pro gun control, everyone, just all zip it, Jesus Christ.

The country had fallen into disrepute and disrepair following Tuesday’s viciously contested presidential election, which came as a surprise to political analysts who had expected the contest between Joe Biden and Donald Trump to be gentlemanly and refined.

“We’re not going to get anything sorted unless everyone just takes a nice long drink of calm the fuck down juice” pleaded one unnamed official, the only authority figure in sight for miles who wasn’t hunched over a cellphone tweeting inflammatory nonsense.

“We’ll settle down when they stop trying to steal the election!” screamed both Republicans and Democrats alike, without any inkling that either side were about to take a deep breathe for anything except throwing digs.

Meanwhile, race-leader Joe Biden remains ahead of racist-leader Donald Trump in the count, as key states such as Nevada, Georgia and Pennsylvania employed more geriatric blind people to speed up the treacle-slow process a little bit.

“Hurry up, wouldya? These guys are about to blow!” urged an election official, as counters clocked up votes at the rate of one per hour.

Meanwhile, the nation’s eyes turned to Donald Trump for words of presidential calm in this time, which he neglected to supply in stunning fashion.