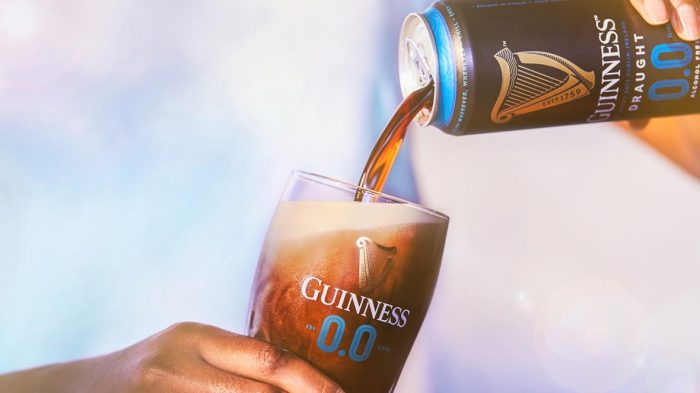 MADE from a secret recipe that Arthur Guinness demanded he be buried with, Guinness 0.0 promises drinkers the same Guinness taste that everyone loves and agrees is the best part of Guinness, but without any of that cumbersome drunkenness that has had people on the fence about the stout from day one.

So how is Guinness 0.0? Well, the can opens with a familiar widgetty hiss that suggests you’re about to have an experience just as amazing as any other can of half-warm Guinness you ever poured into a Budweiser glass you stole from a pub, and the pour is sure to draw as many ‘you’re not doing it right’ heckles from onlooking amateur barmen as ever before.

The quintessential Guinness taste of rusty nails hits the palette with the same ‘I’ll just have one but really 16’ rush as before, but the zero alcohol nature of the drink really begins to sink in after the fourth can when all your worries, woes and problems remain as front and centre as they ever did, in no way washed away as they normally are at this stage.

In fact, this reviewer felt no urge to text his ex after even six cans, prompting a gear-shift in order to salvage what was turning out to be a pretty ho-hum wake.

It seems the key ingredient of Guinness, the alcohol, is missing in this new Guinness zero product, and they really weren’t messing; you can drink this stuff all day and not even get a bit of a buzz; trust us, we tried it. As our cans floated one by one down the water of the canal we sat beside, we didn’t feel the warm embrace of a beer coat, in fact we felt cold and emotionless. Something had to be done.

We added clear spirits such as vodka and gin to the pour, which maintained the classic black Guinness pour but added the joy of booze back into the mix. And in a stroke of good fortune, our six pack of gin-powered Guinness 0.0 worked out cheaper than just buying normal cans of Guinness, given that the zero variety of Guinness has already ended up in the ‘8 for a fiver’ bargain bin. Result!