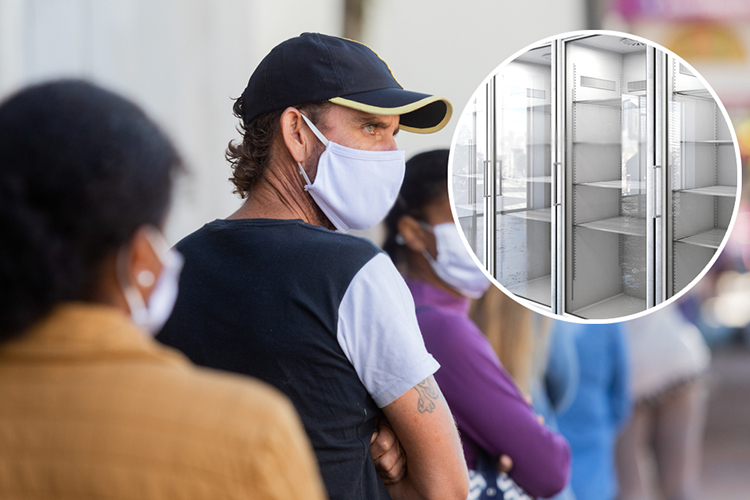 REMINISCENT of the first initial lockdown which saw people hoarding toilet roll ahead of a nationwide lockdown, hundreds of thousands of panicked consumers took to their local off-licences this week as the government openly contemplated reducing hours in some kind of deranged social experiment.

“Yeah great idea, assholes,” remarked 2,356th in the queue for Maddigans off-licence in Waterford, Aidan Phelan, who began queuing on Monday following rumours of reduced off-licence hours to curb house parties, “get everyone panic buying again – that worked out great last time – much like the whole 2am closing time worked out for overstretched gardaí every weekend for the past 40 years”.

Sources inside government pointed to a group of senior advisers made up of 12 staunch Catholic grandmothers who are currently advising the coalition on all things alcoholic.

“We call them the nanny staters and they seem to all know every TDs’ mother and continually threaten Irish politicians with phone calls to their parents about their progress in the Dáil,” a source revealed.

Meanwhile, exhausted gardaí have urged those in the four mile queues for the off-licence to keep to social distance guidelines, something they admit to be sick of saying for the past 7 months.

“I suppose it beats traffic duty where we have to stop thousands of motorists on a motorway, get them to roll down their window and ask them to open their mouth to answer a question, before waving on the next non-mask wearing motorist to pull up into the exact same spot and breathe out the same answer,” one garda tasked with dealing with the large off-licence queues concluded.