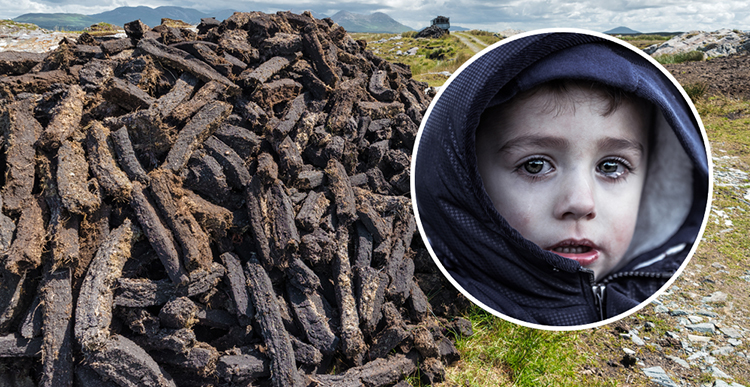 FOR most of us, the scent of a real turf fire wafting through the air as we walk home on these increasingly colder nights invokes happy memories of snuggling in front of a warm stove, sipping hot beverages as we watch our favourite movies with our loved ones.

For those who survived a childhood of bog days, it brings only flashbacks of black fingernails, hunched backs and freezing cold toes.

“I was 7 the first time I was brought to the bog. They told me it was going to be fun, that we would get Lucozade and crisps,” recalled one midlands man we spoke to, recounting a childhood spent ‘footing turf’.

“Footing turf. I didn’t know what footing turf was at all. I showed up at the bog thinking there would be a shop or something. A playground. ‘Is this it?’, I thought. Why would you bring a child here? That’s when they told me that I was to spend the day making little houses with what looked to be bricks of hard dirt”.

“6 hours getting yelled at by a man in a Laois GAA jacket and a tiny pair of shorts for ‘not footing right’- like I was doing it wrong on purpose, can you imagine? And then I had to share from one bottle of Lucozade with 9 of my cousins. A hard day, but at least it’s over… or so I thought”.

This man would go on to spend a month of 8 hours a days footing turf, without pay, without rest; sometimes without being allowed to mess around or throw turf at some other bollox of a kid across the bog.

With so many Irish people still repressing memories of their harrowing time on the bog, a support group known as the Board Na Moaners has been formed to help deal with the trauma.

“You heated homes for years on the back of our labour, and told us that we should be glad of the fresh air and the odd Murray Mint! We were conned. Some of us put it on our fucking CVs for years as our first job; ‘aged 7-11, footed turf in Donegal’. Can you imagine the looks we got in interviews?”.

To any former turf footers who still suffer from PTSD, the Board Na Moaners offer this advice, stating: “Whatever you do, don’t briquette up”.