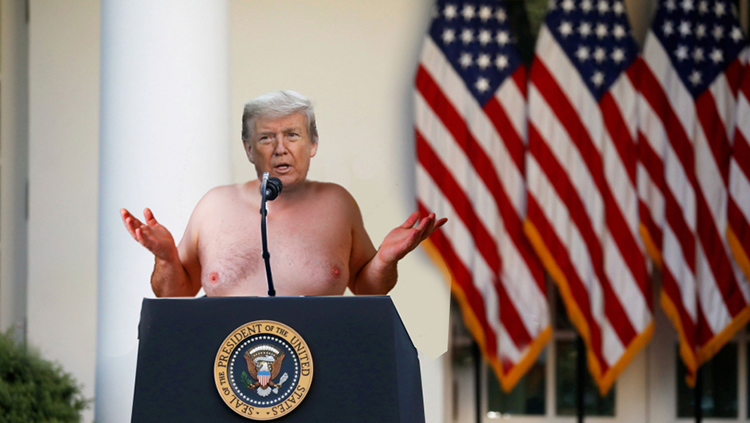 A BOMBSHELL report from the New York Times on US president Donald Trump’s tax returns and financial affairs has sent shockwaves throughout the country in which he paid just $750 in federal income tax in 2016 and 2017, WWN can reveal.

“Oh what? Not our Honest Don? We’re shocked,” said the American people upon learning Trump is now financially bankrupt as well as morally bankrupt, before fainting like a Victorian woman tightly knotted into a corset from mock shock.

Trump, last seen desperately pleading with a homeless man for spare change, has denied the reports which also state he is personally liable for $421 million in loans that will be due in the next few years and whose source could be the Russia mob but it’s not like that is something foreign governments could use as leverage.

Among the revelations was the discovery that nine Trump entities paid nearly $100,000 to Ivanka Trump’s hair and make up artist, an expense written off as ‘business costs’, which helped contribute to a reduction of Trump’s tax bill.

“Haha, entitties,” responded the small portion of undecided American voters that could sway the election in favour of Biden after reading yet more reports of Trump’s flagrant disregard for decency.

The $70,000 spent on Trump’s own hair was written off as a ‘robbing an idiot blind’ expense.

While die hard Trump supporters have no idea how Trump paying absolutely no income tax in 10 of the last 15 years makes America great again, they remain sure he can explain it all.

Elsewhere, people are bracing themselves for whatever bit of racism, incitement to violence or light treason Trump will invoke to take the focus off his tax returns.