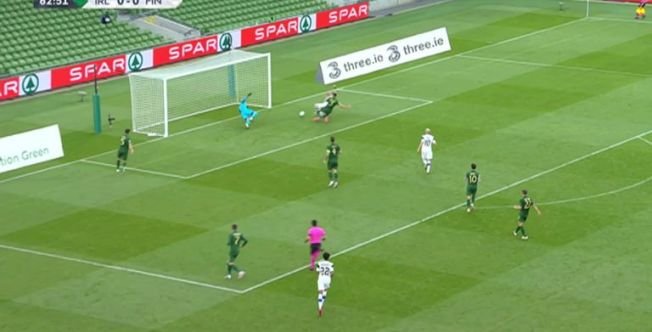 IT’S EARLY days but the encouraging green shoots are there to be seen; the senior men’s Irish football team are slowly evolving into a team that struggles to compete on the international stage but in a slightly different way than before.

Front-foot, possession-based struggles are a world away from the negative and pragmatic depression-inducing longball struggles of yesteryear, something which still has a lot of fans optimistic for the future despite the 1-0 loss to Finland.

Gone is the blunt and ineffective tentative defensive football, replaced with the ineffective and blunt possession based football which has produced largely the same results Irish fans are reluctantly very accustomed to.

“Alright, relax. We’re only two games in; this is a slow, deliberate rebuild that’s aimed at producing long term positive gains rather than short term shite,” confirmed one psychopath who clearly has no clue about football.

Less impatient fans who like their disappointing losses and draws to feel more distinctly Irish have called for the managerial dream team combination of Martin O’Neill and Giovanni Trapattoni to replace new boss Stephen Kenny immediately or Ireland risks remaining a small and understandably mediocre football force only with a bit more forward passing.

Football experts meanwhile confirmed that during these unprecedented times Shane Duffy’s granite forehead being Ireland’s only goal threat remains the only certainty in this world.