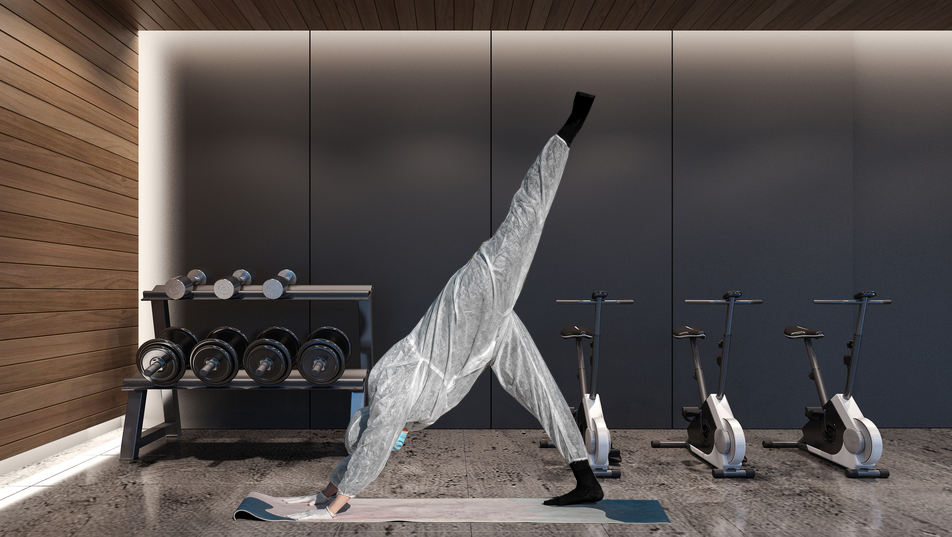 WITH IRISH gyms reopening, many fitness fanatics were unsure if their gym would be a safe place to workout. Well, WWN is sad to report, that gym lovers have their answer in the tragic case of one Waterford man, Darren Carmody.

Following his new gym’s health and safety protocols to the letter of the law Carmody wore a head to toe hazmat suit while doing deadlifts and bench presses, however, such strict measures had disastrous consequences.

Paramedics on the scene reported that while the 24-year-old was not necessarily known to sweat on truly disgusting levels being locked into the suit created the perfect drowning-in-your-own-sweat conditions.

Grunting through a particularly grueling circuit of weights as he lay down on his back on a bench, it resulted in the sweat which had pooled around his ankles and shins within his suit to rush towards his face, sparking the young man into fighting but failing to stave off drowning.

Tragically Carmody had forgotten to rake in the Instagram likes with a ‘good to be back’ selfie before starting what would be his final workout.

“I thought he was doing some new workout, the shit people do be doing in the gym here, how was I supposed to know Aggressive Flailing wasn’t some new CrossFit type fad? I was there cheering him on, none the wiser. ‘Fair play boi’, ‘dig in’, ‘fight the burn’. I feel like an eejit now” explained one fellow gym goer, who’s hazmat suit had steamed up after 10 reps of staring at a woman doing squats.