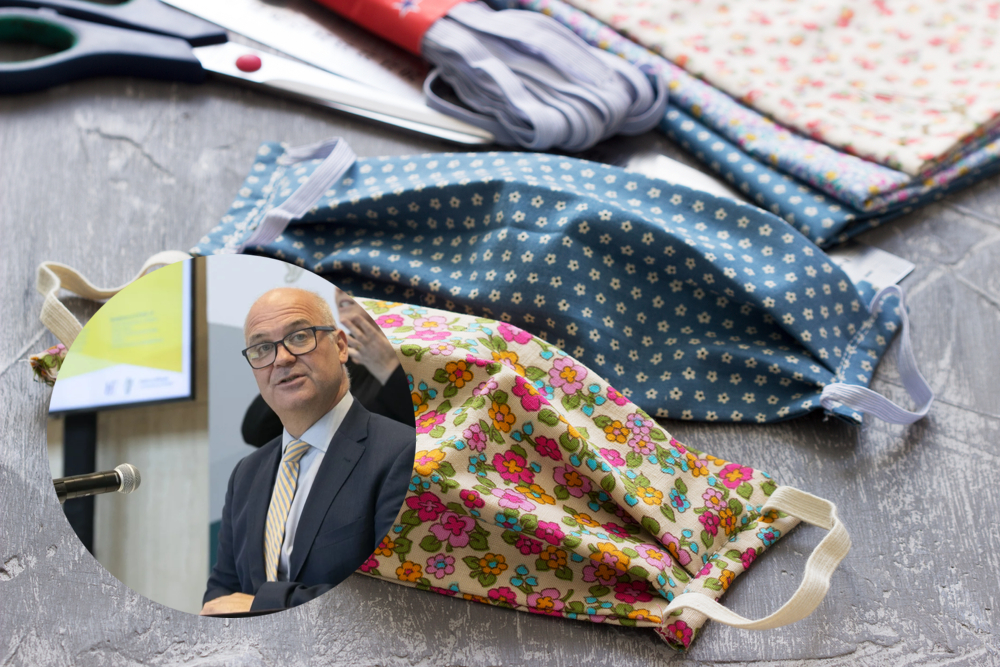 THE 47 TONNES of underwear sent by lusty middle aged women to Ireland’s Chief Medical Officer Tony Holohan is to be repurposed into face masks for the nation, the HSE has confirmed in its daily update.

An Post confirmed the leasing of a special ‘nickers for Holohan’ sorting office has been been secured in City West at a 5,000 square foot facility which will see the hiring of 400 additional staff to cope with the high volume of lingerie addressed to the unlikely sex symbol.

“He’s not my cup of tea now myself, all respect,” explained An Post logistics manager Angela Portlin, “but he talks in coherent sentences and actually knows what he’s on about so I guess some women just go mad for a man who’s the opposite of their lump of a spouse”.

Once the underwear is sorted through it will be washed a dozen times in a 100 degree wash before being shipped to an O’Neill’s factory where it will be converted into face masks.

“We’re out of stock of ‘CMOoooh Yeah’ and ‘Lay Your Holohands On Me’, they just can’t get enough of the stuff,” explained one book shop owner.

Tom Hardy had been slated to play Holohan in a movie version of his life, but was forced to pull out after a mob of angry women declared he had less than 1% of Holohan’s sexual magnetism and charisma.