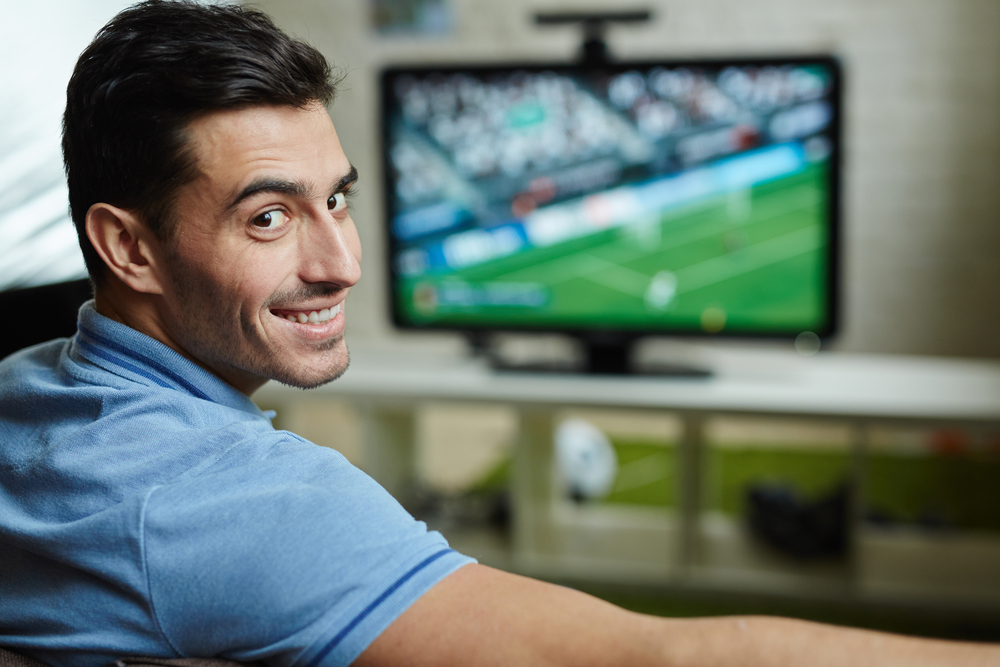 STUDIOUS and prolific, Olympic-level bullshitter Conor Shellin has been given a new lease of life thanks to the behind-closed-doors return of the Bundesliga.

Decamped to his couch all weekend and mainlining hours of football after weeks of devastating withdrawals, Shellin was a hyperactive presence on WhatsApp, Twitter and Instagram delivering stats, facts and opinions on German football to unfortunate friends and loved ones.

The loss of football had been presented Shellin with the chance to grow as a person and to not be a know-all statistician who bases his entire personality around the actions of millionaires kicking a ball, but kindly declined, plowing ahead instead with a deluge texts to friends containing wildly inaccurate statements and ‘hot takes’ about German football.

“Love the fan-ownership model in the Bumperliga, have always said that,” Shellin said repeating something he read on Twitter. “They say Haaland is the new Ibrahimovic, but he’s close to classic Van Basten or Original Ronaldo,” he added, just making it up as he went along.

“All you German footy newbies looking for a team to support should follow Union Berlin, great history. The Gladbach team in the 70s, now there was a proper fucking team,” Shellin added into a WhatsApp group ‘Football Ladz’, routinely copying and pasting things from football forums.

Far from calling Shellin out of on his spoofing, friends were supportive of his efforts.

“He just wasn’t the same without the football. It’s good to have the head-wrecking bullshitter we all know and love back,” confirmed one emotional friend.

Elsewhere, a survey of football fans asking their opinions on a potential Premier League return with no crowds have admitted the thing they’ll miss most about the match day experience is calling the referee a cunt in person.