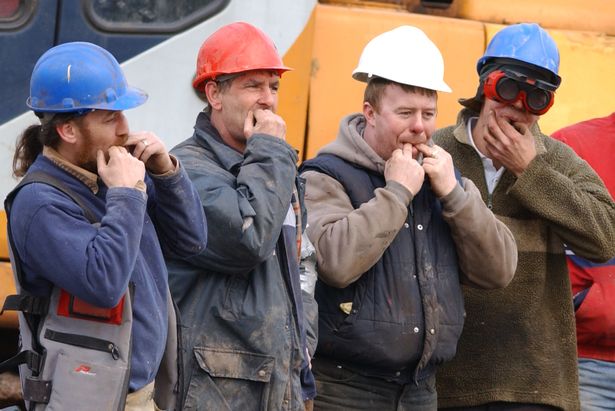 THERE were emotional scenes in Dublin’s inner city as several women walking to work were greeted with wolf whistles emanating from a building site this morning.

Sticking fingers in his mouth in a bid to make the loudest possible noise, teary eyed builder Martin Phelan cut through the misty morning air with a marvelous rendition of ‘swit swoo’, sending co-workers into impassioned applause to mark the first official wolf-whistle in several weeks.

“I just can’t put it into words,” safety officer on the site Darren Pierce broke down, the emotional moment, forcing him to heg uncontrollably like a young child, “and she even turned around and gave us a dirty look. We all just broke down crying”.

Echoing his call, dozens more builders joined in the chorus, some even wolf-whistling at the men walking to work, proving how much Ireland has changed during the longest lockdown period since the big snow of ’18.

Tabloid newspapers reported a huge surge in sales from this morning, while breakfast roll stocks jumped 25 points on the Dublin stock exchange.