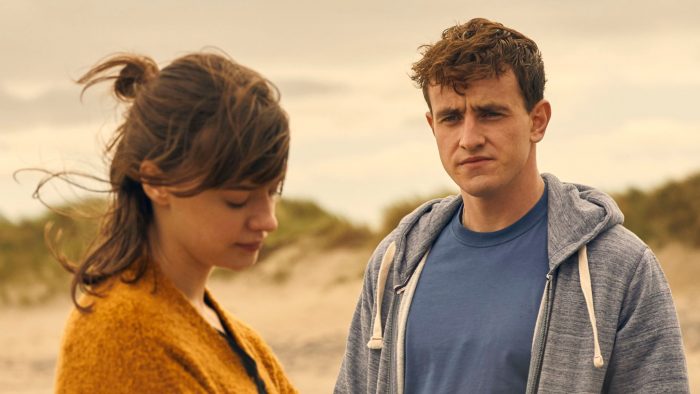 AS its critical and commercial success continues, audiences across the world continue to be delighted with the TV adaptation of Sally Rooney’s acclaimed novel ‘Normal People’, with the exception of some hardcore fans of the novel who have expressed disappointment at scenes that have not made the leap from page to screen.

Producers have admitted that some passages were cut for pacing issues, and some were cut to appeal to a wider audience amid fears that a lot of the more ‘Irish’ occurrences would not translate overseas. Here’s a list of what didn’t make the journey to TV:

A chapter where Marianne feeds a blindfolded Connell Taytos and Club Rock Shandy at an opened fridge was filmed, but cut for being ‘too weird’.

200 pages-worth of GAA action was streamlined to mere minutes onscreen, including the axing of Marianne invading the pitch to headbutt the referee for sending Connell off after a second yellow card.

Connell’s circumcision to ‘impress’ Marianne has been omitted from the TV version, as has his nine-week recovery involving sitting on a bag of frozen peas for 6 months while she asks him ‘is it able for riding yet’.

In the book, characters spend much, much more time on Bus Éireann trips from Sligo to Dublin, grappling with inner sexual demons and shite WiFi.

Connell, isolated and struggling in college flees to joins ISIS in the TV show instead of joining the Al-Nusra Front.

The Sligo scenes in the book are constantly interrupted by wreck the head Dubliners on holidays for the weekend with their kids.

Although it is not explicitly stated in the book, most readers just sorta thought Marianne would be different looking, you know, just… different.

Possibly due to the amount of Dublin people involved in production, Trinity College is shown in a good light. This is a stark contrast to Mayo native Rooney’s depiction in the book, where she describes it as ‘an insult to shitholes’.

Although the TV show retains Connell keeping his affair with Marianne a secret from his friends, the book goes into much more detail about his struggle to not tell the lads that he absolutely is getting the ride.