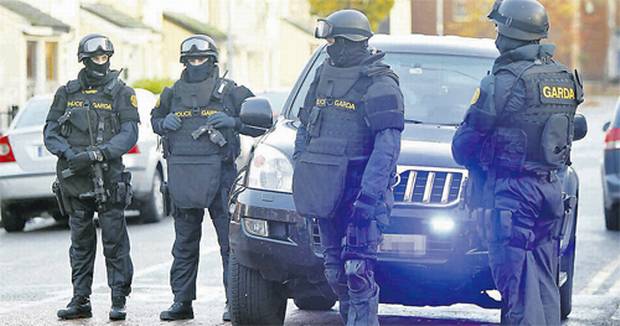 WWN are keeping a close eye on a developing situation on the N11 at the moment, where a division of the Gardaí’s armed response unit have exchanged gunfire with a family of five who have adamantly stated that one way or another, they’re going to Courtown.

Eyewitnesses say the fracas began after Gardaí, enforcing the Coronavirus clampdown on movement and travel, stopped the family in their Nissan Qashqai at a checkpoint outside Druid’s Glen after noticing a suspicious amount of sandcastle-making equipment in the back.

The tense situation quickly escalated into a full-blown firefight after the lady in the Qashqai produced a Kalashnikov and began firing at the officers, stating that she and her family ‘had a right’ to get out of Dublin for the long weekend.

“Go back to your homes, there’s a pandemic on and you risk spreading the disease to another county!” screamed one guard, pinned down by suppressing fire from a ten-year old.

“We have a right to travel to our own holiday home by the beach, we have food and provisions for the whole weekend and we will not be interacting with anyone outside this occupants of this Qashqai!” roared the father of the family, while attempting to shoot a trainee guard ‘nowhere vital’.

“For one weekend, for the love of God, would it kill you to stay at home?” roared a senior Garda, leaping through the air while firing two revolvers.

“You haven’t got the powers to send us home, we’re breaking no laws, pigs!” screamed an adorable little girl.

“New regulations were signed into forced by Simon Harris yesterday, after it became apparent that a lot of people couldn’t follow simple fucking instructions!”, yelled an Offaly cop armed with an uzi.

“Simon Harris is Minister For Health, shouldn’t something like this be done by Charlie Flanaghan?” shouted a toddler with a throwing knife, to silence from the Gardaí while they thought it through.

Behind them on the N11, a thousand more families waited to proceed to the south-east, with everyone quickly changing their story to ‘we’re just out for a spin’.