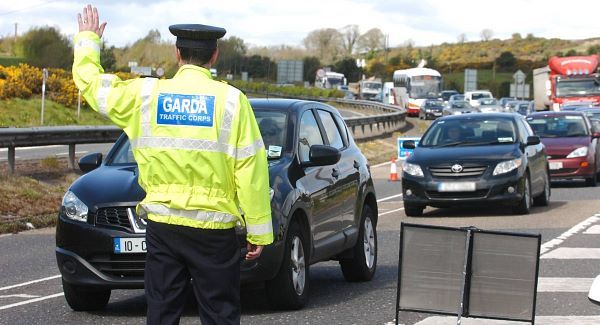 IN THE WAKE of fears that some Dublin based residents might use the Easter holidays to decamp to holiday homes in the countryside, the Gardaí are to set up checkpoints to ensure the Dub virus is completely halted.

Rural based families are living in fear of developing the dreaded ‘Dub virus’, whose symptoms include having your town taken over, being subjected to soccer talk and an Americanised D4 accent.

“This thing cannot and will not be spread,” explained Garda Jakub Cech, head of checkpoints, “it’s completely irresponsible behaviour and while a ‘shoot to kill’ order is not among our new powers, who is going to side with any entitled eejits driving to their holiday home”.

Locals have been warned to watch out for and report the presence of any irresponsible Dubliners, known to usually travel in obscenely large jeeps, spreading throughout the country.

“We’re just asking the public to remain vigilant for all the usual signs of Dubliners down the country; raising their voice so everyone knows where they’re from, wearing Dubs jerseys all the time, shite tattoos, throwing in random Irish phrases because they think everywhere west of Tallaght is a Gaeltacht, marveling at fire places in pubs, thinking a pint of Guinness reconnects them with the Famine dead and letting their kids run riot,” concluded Garda Cech.

According to the nation’s most trusted current news source; rumours on WhatsApp, so far over 6 million Dubliners have already moved to the countryside and are currently hosting the International Coughing Championships.