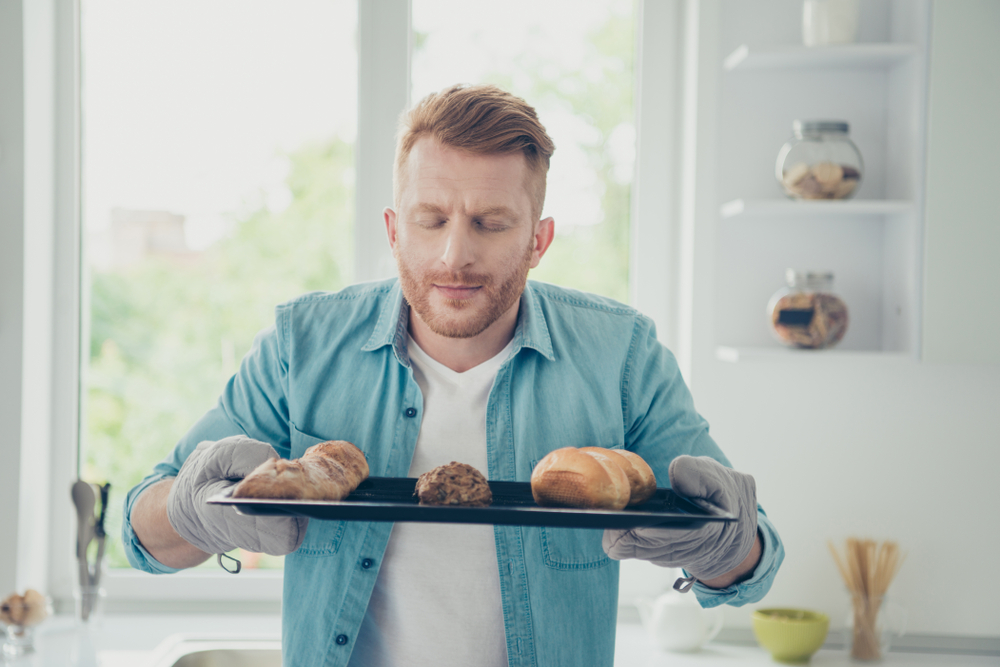 THE Coronavirus lockdown has affected everyone differently; some people have taken to isolation while others have struggled with it to the point of madness. And some people, mostly men, have taken to baking bread in a bid to ward off the boredom and lack of sport.

Although it may seem bizarre to the partners of these men to see them develop a strange and sudden interest in sourdough loaves, it’s important to know that mankind is a mere 3,000 years removed from the caves, and the primal instinct to provide food remains strong in our monkey brains. You’re about to hear a lot of talk about dough, a lot of talk about yeast and that’s just the start of it:

1) He will get upset a lot more

Unless you throw yourself on his bread in orgasmic delight, your man will become much more stroppy and emotional. If you call into question the saltiness of the bread or the big hunk of uncooked dough in them middle of it, he will become a nightmare to live with. Practice the following statement: “Mmmm, this is delicious bread’. That’s it. That’s the statement.

2) A mill will appear in your backyard

With flour shortages reported in supermarkets across the country, it is very possible that your man will turn to alternative means to getting his hands on that precious white powder. Around week three of isolation, expect to see a large wind-powered flour mill appear in your yard, built from duvet covers and bits of the shed. A tiny field of wheat will be planted in your window boxes. The loaves of bread will get smaller, but he will still be very proud of them. You should eat them and smile.

You are awoken in the middle of the night. Your man is there; he is wearing football shinpads on his shoulders and he has lipstick smeared all over his face. ‘They’ve come for the mill’, he tells you. ‘We must protect it at all costs’. Outside, you hear the revving of motorbike engines as a gang circle your house, yelling ‘we only want the yeast, nobody has to die here’. Wearily, you pick up your rolling pin and head out again. This is the fourth night of this shit this week.