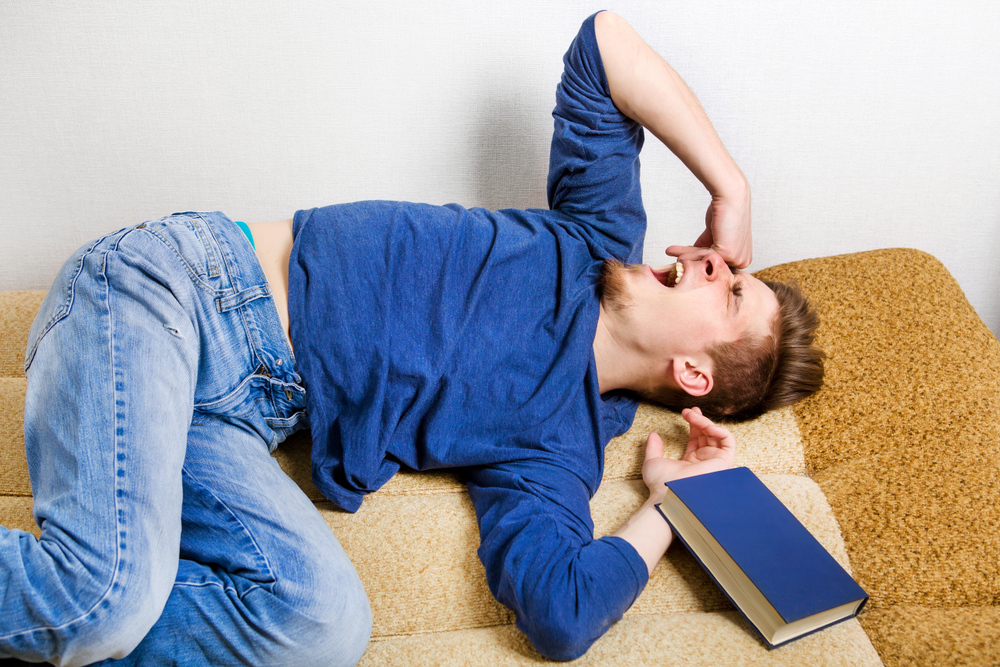 HAVING cleaned the house top to bottom, put up all shelves, repaired the leaky tap, cut the grass and trimmed the hedge one local man finds himself so unspeakably bored he is contemplating the unthinkable.

“Honestly, a fucking book. With words and everything, that’s how bad this state of affairs is getting” explained 33-year-old Anthony Dunne, who since being in isolation has watched every movie and TV show to have ever been produced.

Scanning a recently constructed shelf housing dust sodden books which were given to him as birthday and christmas presents, Dunne sighed the sigh of a man so monumentally bored and deprived of other options that book reading seems genuinely plausible.

“Now, I’m a man who gets bored reading a takeaway menu. I’m fairly certain the last book I finished was Busy At Maths 3 and I sort skipped over chapters in that,” explained Dunne as he opened a book with the sort of expression you’d expect from a monkey trying to operate a forklift.

“This isn’t like him at all,” confirmed Dunne’s friend and housemate Tom Dineen, “but it just goes to show you how much people are suffering with the lockdown, so many forced into unthinkable situations out of pure desperation”.

With computer games out of the question following his PS4 spontaneously combusting after 342 consecutive hours of play and pornography forced to a back seat due to medical advice, Dunne bravely tried to read the opening page and retain his concentration for more than 10 seconds.

“No wait, they made a movie out of this so no point reading it, I’ll just watch that instead,” a hugely relieved Dunne explained.